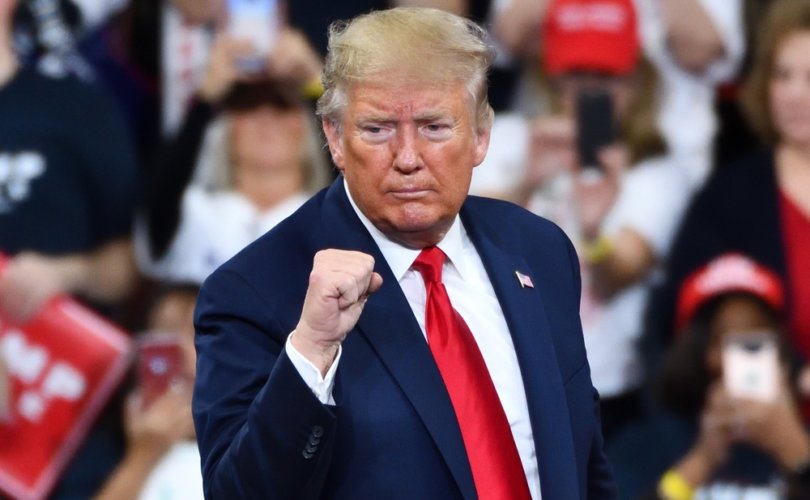 WASHINGTON, D.C., December 23, 2020 (LifeSiteNews) — With President Donald Trump’s hopes of contesting the presidential election results via the courts largely dashed, some are looking with new interest at January 6, the day when Congress meets to formally count the votes cast by the Electoral College, for salvation.

Though usually a mere formality, the vote offers a theoretical avenue for contesting specific electoral votes in extraordinary cases — an avenue that a handful of Republican lawmakers have voiced interest in exploring to overturn former Vice President Joe Biden’s 306-232 Electoral College victory.

“Objections to individual state returns must be made in writing by at least one Member each of the Senate and House of Representatives,” the Congressional Research Service explains. “If an objection meets these requirements, the joint session recesses and the two houses separate and debate the question in their respective chambers for a maximum of two hours. The two houses then vote separately to accept or reject the objection. They then reassemble in joint session, and announce the results of their respective votes. An objection to a state’s electoral vote must be approved by both houses in order for any contested votes to be excluded.”

WND reports that Republican reps. Mo Brooks, Jim Jordan, Matt Gaetz, Jody Hice, Brian Babin, Ted Budd, Andy Biggs, and Lance Gooden have declared their intentions to challenge the result so far, as do incoming Reps. Marjorie Taylor Greene and Madison Cawthorn. While no Senate Republicans have officially committed to the effort yet, Sen. Rand Paul and incoming senator Tommy Tuberville have hinted at the possibility.

“We must stand up for the tens of millions of Americans who want answers to the irregularities surrounding this election,” Gooden wrote. “It is our duty to ensure the integrity of our election is unwavering, and the American people deserve to feel confident their vote matters.”

The president met Monday at the White House with some of the Republicans backing the effort, Fox News adds. White House chief of staff Mark Meadows characterized the group as “preparing to fight back against mounting evidence of voter fraud.”

While the Republican objectors are not expected to prevail in the final vote, making the effort will likely be critical to Republican efforts to maintain the support of conservative voters who feel burned by the GOP’s failure to prevent what Trump has called a “fraud on the American people,” from allegations of election fraud to state executives loosening the standards for voting by mail without the approval of their legislatures.