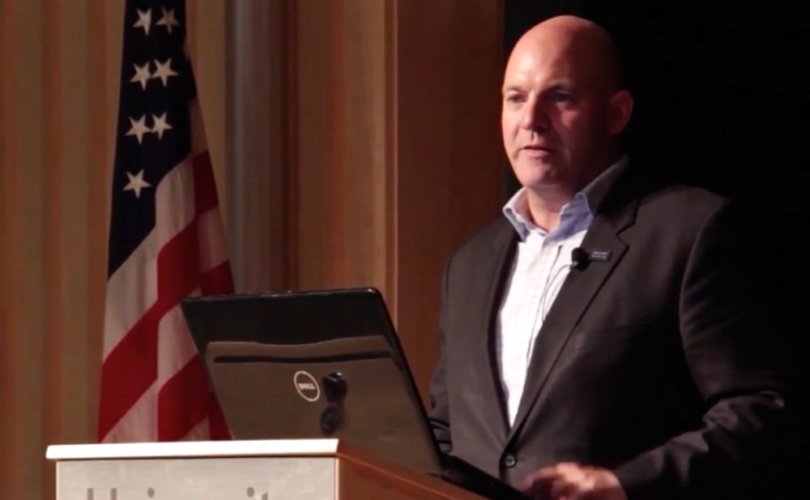 The White House announced the president’s nomination of R. Clarke Cooper to serve as Assistant Secretary of State for Political-Military Affairs on Thursday. It cited Cooper’s extensive foreign policy credentials, from his record as a combat veteran to his current service as Director of Intelligence Planning for Joint Special Operations Command’s Joint Inter-Agency Task Force, National Capital Region.

But the announcement left out a more controversial detail from Cooper’s resume: his two-year stint as president of Log Cabin Republicans (LCR), a pro-LGBT group dedicated to diluting and eventually eliminating the GOP’s traditional conservative stances on marriage, homosexuality, and transgender ideology.

The position for which Trump nominated Cooper is tasked with building security partnerships between the State and Defense departments for various security, strategic, and military purposes.

As such, some might dismiss his past activism as a factor, but the Washington Blade notes that Cooper has played an active role in the intersection of military and LGBT interests before. During his 2010-2012 leadership of LCR, the group participated in a lawsuit challenging the military’s former “Don’t Ask, Don’t Tell” policy against open homosexuality in the military, and lobbied Republican lawmakers to vote to repeal the policy.

A similar controversy is ongoing today, as Trump’s ban on transgender soldiers is currently working its way through the courts.

Cooper also formerly wrote a recurring column for the Washington Times, through which he attempted to argue that his pro-LGBT advocacy was consistent with conservatism. He also used the platform to launch personal attacks against conservative and Christian groups.

In one column, Cooper attacked the Boy Scouts of America for “los[ing its] moral compass” by excluding homosexual members in accordance with its Christian conception of being “morally straight” (a policy it has since abandoned). In another, he accused the National Organization for Marriage of allegedly “exploit[ing] racial divisions” because the group wrote an internal strategy memo about emphasizing minority communities’ opposition to same-sex “marriage.”

As president, Trump has overwhelmingly pleased pro-lifers for a steady list of actions against abortion and Planned Parenthood, but his record on LGBT issues is more mixed. Pro-family advocates have been heartened by his aforementioned transgender troop ban, support for religious liberty, rejection of “pride month,” and nominations of pro-family conservatives such as Mike Pompeo and Howard Nielson, Jr.