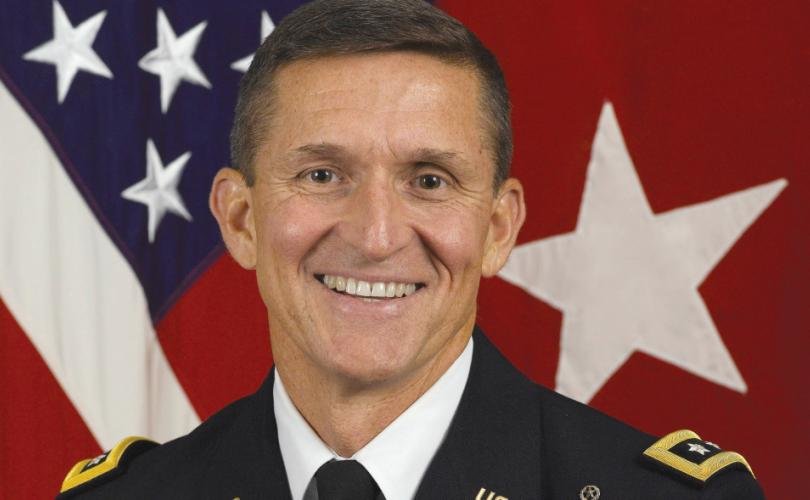 In a tweet on Wednesday night, the president wrote: “It is my Great Honor to announce that General Michael T. Flynn has been granted a Full Pardon. Congratulations to @GenFlynn and his wonderful family, I know you will now have a truly fantastic Thanksgiving!”

It is my Great Honor to announce that General Michael T. Flynn has been granted a Full Pardon. Congratulations to @GenFlynn and his wonderful family, I know you will now have a truly fantastic Thanksgiving!

Flynn had previously pleaded guilty to lying to the FBI regarding conversations with the Russian ambassador, in the Trump transition period.

The Federalist reports that “FBI Special Agent William Barnett revealed that Flynn was targeted by the Special Counsel Office (SCO) to 'get Trump.' According to Barnett, there was no basis for an investigation into the alleged ‘collusion’.”

Shortly before Trump’s tweet, General Flynn posted a tweet with just the words “Jeremiah 1:19.” The biblical text reads “And they shall fight against thee, and shall not prevail: for I am with thee, saith the Lord, to deliver thee.”

A press release from the White House reads: “The President has pardoned General Flynn because he should never have been prosecuted. An independent review of General Flynn’s case by the Department of Justice – conducted by respected career professionals – supports this conclusion.”

The statement continued: “Multiple investigations have produced evidence establishing that General Flynn was the victim of partisan government officials engaged in a coordinated attempt to subvert the election of 2016.  These individuals sought to prevent Donald Trump from being elected to the Presidency, to block him from assuming that office upon his election, to remove him from office after his inauguration, and to undermine his Administration at every turn.”

The press release also highlighted the role played by the Obama administration, accusing it of seeking to undermine democracy: “After the 2016 election, individuals within the outgoing administration refused to accept the choice the American people had made at the ballot box and worked to undermine the peaceful transition of power.”

“These efforts were enabled by a complicit media that willingly published falsehoods and hid inconvenient facts from public view, including with respect to General Flynn.  They amounted to a brazen assault on our democracy and a direct attack on our fundamental political values.”

Sen. Ted Cruz (R–Tex) saidin response to the news, that Trump’s pardon was the “right thing to do” adding that “The Obama-Biden administration weaponized the @TheJusticeDept, FBI, & intel community to destroy their political opponents. It was abusive, it was lawless, and it was political persecution.”