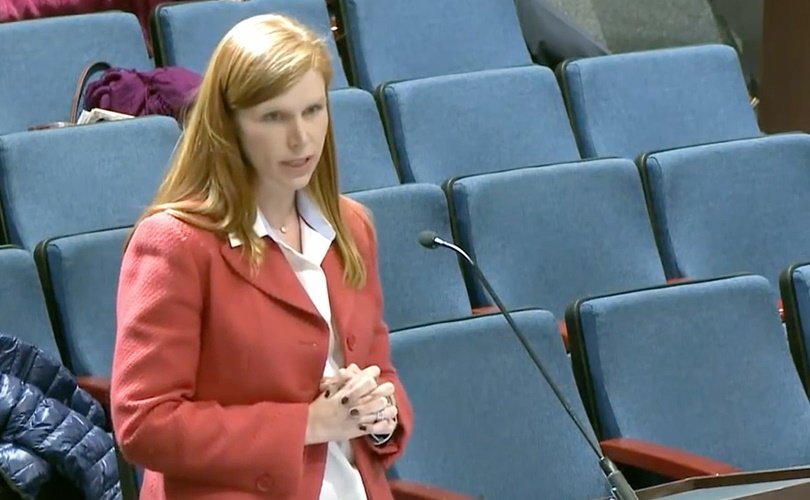 Trump named Bethany Kozma as Senior Adviser in the Gender Equality and Women’s Empowerment division under the U.S. Agency for International Development (USAID). The USAID website explains, “USAID advances sexual and reproductive health and reproductive rights across the globe.” It lists “Family Planning,” “Reproductive Health,” and “Post-Abortion Care” as three of its U.S. tax-funded programs worldwide.

Kozma served in the White House and in Homeland Security under President George W. Bush. Bucking feminist pressure groups, she then left her career to devote herself full time to raising her children as a “stay-at-home mom.”

“Because I’m passionate about our country, I dedicated years of my life to government service,” Kozma explained. “Later, that same passion led me to focus on raising my three young children to become the finest citizens they can be, becoming a stay-at-home mom.”

Kozma publicly criticized the Obama transgender policy and organized a national women’s campaign against it.

“I have jumped back into the world of politics and policy far earlier than I expected to because President Barack Obama’s school bathroom mandate is endangering the safety, security, and privacy of my children and yours,” she said. “I cannot remain silent.”

She said she was not opposing people but a policy that puts young girls at risk. “A boy claiming gender confusion must now be allowed in the same shower, bathroom, or locker room with my daughter,” she argued. “When I learned that predators could abuse these new policies to hurt children in school lockers, shelters, pool showers, or other vulnerable public places like remote bathrooms in national parks, I realized I had to do something.”

Predictably, homosexual organizations condemned Kozma’s appointment, and pro-marriage and family groups praised it. “Bethany Kozma is a lovely, sweet woman who just happens to believe that girls with penises just ought not to be showering next to girls without penises,” Austin Ruse of the Center for Family and Human Rights frankly stated.

Ruse added, however, that President Trump is waffling on the LGBTQI agenda. “The Trump administration is filled with squishes on this issue,” he said. “This administration is no slam dunk for people like me or Bethany Kozma.”

Women in third world countries who received Norplant implants have been bedridden for months and in some cases died because population control officials refused to remove the implants.

Besides being a tax-funded global contraceptive distributor, USAID promotes programs around the world supporting LGBT political and economic “empowerment.” They ban working with any group that does not embrace a pro-transgender agenda.

Kozma’s example of motherhood championed those who prioritize family and children. “Some might consider me just a mom, but it’s a title I wear with pride,” she proclaimed. “I believe it’s the most important job I will ever have.”