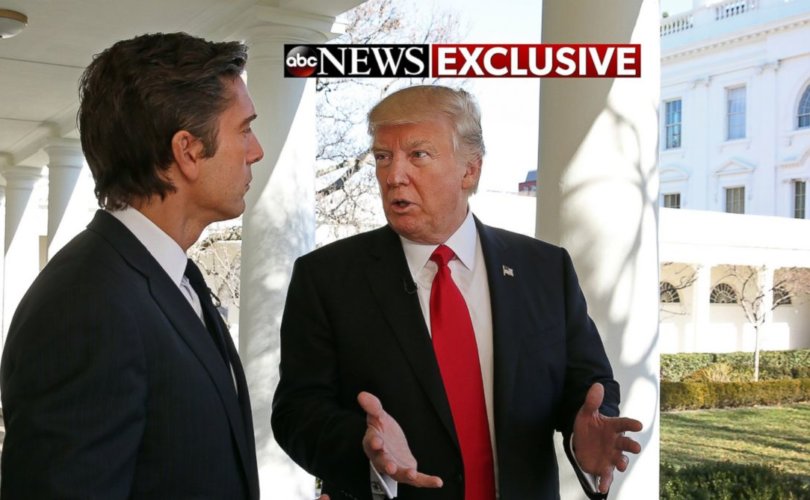 January 26, 2017 (LifeSiteNews) – During a Wednesday night interview with ABC, President Trump called out the media for covering a pro-abortion march but ignoring the March for Life.

“What they do say is that the press doesn’t cover them,” said Trump.

A recent study by Katie Yoder of NewsBusters revealed that the networks covered the 2017 pro-abortion women's march 129 times more than the 2016 March for Life.