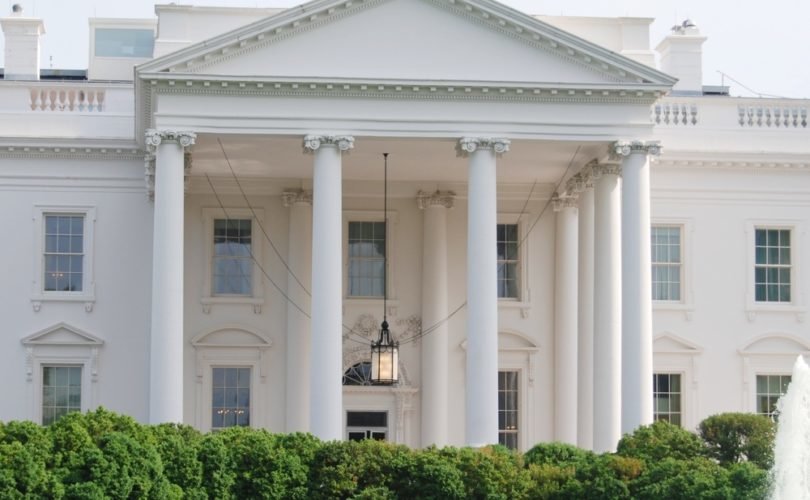 April 13, 2018 (National Right to Life) – Earlier this week, the Trump Administration provided relief to Americans currently faced with penalties for failing to buy plans on Obamacare exchanges where the only plans available covered abortion.

While Congress has eliminated the individual mandate to buy insurance, that does not apply until 2019. This move gives many pro-life Americans an option to drop their abortion covering plan right away.

In an April 9, 2018 article in the Washington Examiner titled “Americans get more ways to avoid Obamacare penalty,” Robert King writes,

The Centers for Medicare and Medicaid Services on Monday expanded the list of hardship exemptions for the individual mandate, which requires everyone to have health insurance. CMS said people who live in a county that has only one Obamacare insurer can receive an exemption from the penalty. It also lets people avoid the fine if the only affordable plans available on the law's exchanges cover abortion.

While there are currently 26 states which, in some manner, passed laws opting their state out of abortion coverage in their exchange marketplaces, many other states remain unprotected. What is worse, a growing number of states actually require abortion coverage in every plan.

In 2014, the California Department of Managed Care issued a decree mandating that nearly all health plans in the state must cover all abortions. This directive was in blatant violation of the Weldon Amendment, a provision of the HHS appropriations bill that has been in continuous effect since 2004.

Unfortunately, the 2014 California directive is part of a broader trend. An agency of the state of New York has already adopted an abortion mandate, similar to the California policy, requiring small group employers to cover all kinds of abortion. In 2017, Oregon became the first state to mandate abortion coverage at no cost in a state statute.

Prior to the enactment of Obamacare, there was a nearly uniform policy that federal programs did not subsidize health plans that included coverage of elective abortion. Over the strong objections of National Right to Life, Congress in 2010 enacted Obamacare with provisions that sharply deviated from the longstanding Hyde policy, authorizing massive federal subsidies to purchase private health plans that cover abortion on demand in all states that failed to pass laws to limit abortion coverage.

In 2016, according to government figures, 83 percent of the 12.7 million people who bought a plan on HealthCare.gov in the last enrollment period did so with at least some subsidy.

Until the day that major changes can be made to the Obamacare program, or that legislation such as Rep. Chris Smith's (R-NJ) House-passed “No Taxpayer Funding for Abortion Act” can be voted out of the Senate, the Federal government will continue to subsidize plans that cover abortion.

Published with permission from National Right to Life.