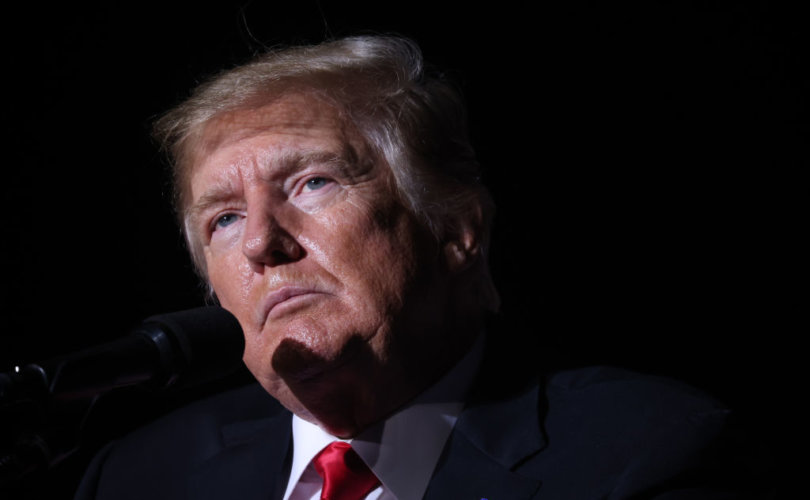 (LifeSiteNews) – Donald Trump announced Monday that the FBI “stole” multiple passports from his Mar-a-Lago residence as part of the unprecedented raid on his estate last week, before having them returned later by the agency.

The former president took to social media Monday afternoon to announce that the agency had taken “three passports (one expired), along with everything else” during the August 8 search of his Florida mansion, describing the raid as “an assault on a political opponent at a level never before seen in our country.”

“Third world!” he blasted on his Truth Social account.

Hours later, in comments to NBC News, the Department of Justice admitted that the passports had been seized but that the FBI has now returned them to the former president.

A statement later released by the FBI said that while “executing search warrants, the FBI follows search and seizure procedures ordered by courts, then returns items that do not need to be retained for law enforcement purposes.”

The search warrant on Trump’s home – approved by U.S. Attorney General Merrick Garland and signed by Judge Bruce Reinhart – was unsealed Friday, showing that 46 items had been taken from the estate, though the passports were not individually itemized on that list.

While a separate court order is normally required to take a passport, former FBI Assistant Director for Counterintelligence Frank Figliuzzi suggested on NBC that the warrant’s order to seize government records covered the receipt of Trump’s travel documents.

MSNBC’s @FrankFigliuzzi1 & @JohnBrennan defend the feds reportedly taking Trump’s passport: “Your passport is not yours, by the way. It’s the U.S. government’s. It’s a privilege and they can take it back” pic.twitter.com/9HpbWnvKOa

Continuing, Figliuzzi noted that it is unusual for the FBI to seize a passport while a suspect is not considered a flight risk, but added that “your passport is not yours, by the way. It’s the U.S. government’s. It’s a privilege to have it and they can take it back.”

Shortly before announcing his passports had been taken, Trump suggested that “Republicans could win many additional seats, both in the House & Senate, because of the strong backlash over the raid at Mar-a-Lago.”

“Polls are showing that some lost Republican territory over the last number of weeks has been more than made up with the unannounced Break In by the FBI, which should never have happened!” he said on his social media platform.

Trump, along with many Republicans, has condemned the raid on his property, telling FOX News on Monday that the “country is in a very dangerous position” following last week’s “witch hunt.”

“There is tremendous anger, like I’ve never seen before, over all of the scams, and this new one – years of scams and witch hunts, and now this,” he stated.

“There has never been a time like this where law enforcement has been used to break into the house of a former president of the United States, and there is tremendous anger in the country – at a level that has never been seen before, other than during very perilous times.”