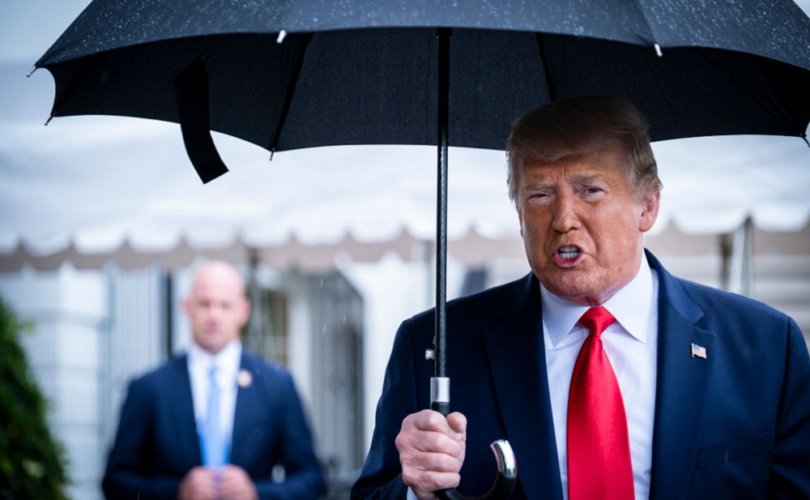 WASHINGTON D.C., June 23, 2020 (LifeSiteNews) — President Donald Trump said he was “surprised” at the U.S. Supreme Court’s recent ruling to redefine “sex” and write transgenderism into 1964 law, suggesting that it was a “loss” from a court that was “supposed to be in our favor.”

“Some people felt that it was a decision that they weren't as surprised as I was. Yeah, I was surprised,” Trump said in an interview with CBN News political analyst David Brody that aired yesterday.

When Brody asked him what he thought about Bush-appointed Justice John Roberts, who, along with the Trump-appointed Justice Neil Gorsuch, voted for the recent ruling, Trump suggested that he is disappointed by the result.

“Well, so far we're not doing too well,” he said. “It says, look, we've had a lot of losses with a Court that was supposed to be in our favor.”

Trump said the ruling showed just how significant the appointment of judges would be in the coming years.

“You’ll probably have a couple of more judges in the next four years, it could even be more than that — could be three or four,” he continued. “If you have a radical left group of judges, religion, I think, will be almost wiped out in America. If you look at it, pro-life will be absolutely wiped out. So if you have that happening, pro-life is going to be out. It’s going to be gone.”

Last week, Trump indicated that his administration would not be moving to challenge or mitigate the Supreme Court’s ruling.

Later in the week, Trump announced that he will be releasing a new list of conservative Supreme Court Justice nominees, adding that “[b]ased on decisions being rendered now, this list is more important than ever before (Second Amendment, Right to Life, Religious Liberty, etc.) – VOTE 2020!”

…Based on decisions being rendered now, this list is more important than ever before (Second Amendment, Right to Life, Religous Liberty, etc.) – VOTE 2020!

Trump also touted his pro-life credentials during the CBN interview, contrasting them with his presidential rival, Joe Biden.

Trump claimed that a Democrat victory in November would mean “radical Left judges on the Supreme Court and all over the court system.”

“I think I'll have close to 300 judges by the time I finish my first term, hopefully, a lot more than that, but it's a record number and we have pro-life judges, and you look at the Supreme Court, they're pro-life, so we'll see what happens,” he said.

Trump stressed that a Democrat victory would also be bad news for religious groups in America.