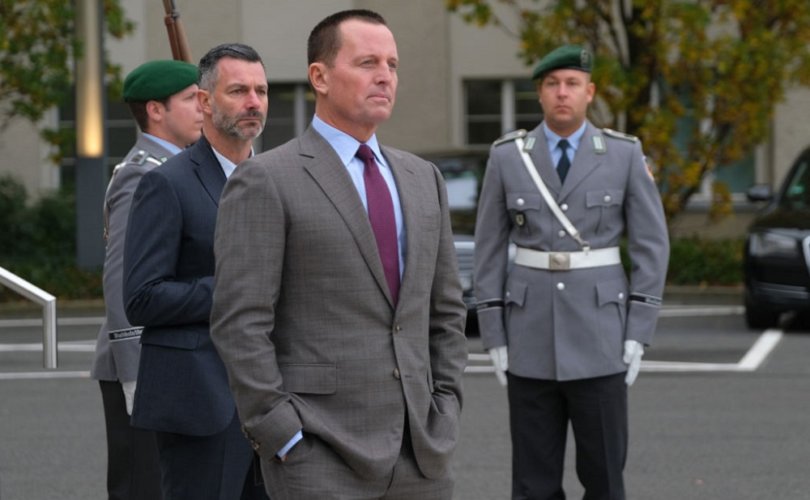 WASHINGTON, D.C., June 23, 2020 (LifeSiteNews) — President Trump has said he would like to appoint former director of National Intelligence (DNI) and long-term LGBT activist Richard Grenell to a “high level” in his administration.

Grenell stepped down from his position as acting DNI earlier this month but is still serving in the administration as a special presidential envoy for Serbia and Kosovo peace negotiations.

“Give him a breather, and I’d love to have him back,” Trump told the Daily Caller.

“He’ll come back in some form, at a high level. He was fantastic, the job he did,” Trump said.

Grenell was appointed as acting DNI in February this year, making him the first openly gay member of a White House Cabinet in history. In April, he sent a letter all the agencies under his auspices in which he seemed to demand the complete normalization of homosexuality and transgenderism within all Intelligence Community (I.C.) operations.