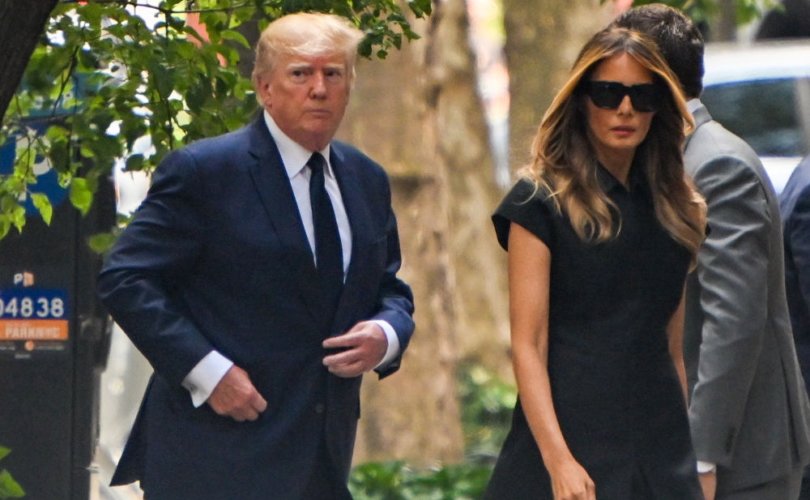 Trump made the comments during a Tuesday phone interview with Newsmax, in which he was asked what it was like to return to his home after the FBI’s controversial search six weeks earlier. Trump was in New York City during the August 8 raid and returned to his Palm Beach, Florida home last weekend.

Pointing out that agents went into bedrooms belonging to himself and his family as they scoured the residence, Trump denounced the raid as a “terrible thing,” and said Mar-a-Lago is “not the same.”

“I mean, this is a terrible thing. They go into her closet, they go through her dresses, and who knows what else, and it wasn’t left the way they found it,” Trump said, adding that his own closet hadn’t been put back in order after the search.

“I think it’s a disgrace that a thing like this could happen,” he told the outlet.

The former president’s comments to Newsmax came just days after he returned to his Florida home on Sunday night. Prior to speaking with the outlet, Trump had posted about Mar-a-Lago’s post-raid condition on his social media platform Truth Social on Monday.

“Arrived in Florida last night and had a long and detailed chance to check out the scene of yet another government ‘crime,’ the FBI’s Raid and Break-In of my home, Mar-a-Lago,” Trump wrote . “I guess they don’t think there is a Fourth Amendment anymore, and to them, there isn’t.”

Trump said the residence had been “ransacked,” adding that FBI agents “didn’t even take off their shoes in my bedroom.”

“In any event, after what they have done, the place will never be the same,” he said.

Trump’s most recent remarks come as the Biden administration is reportedly considering filing criminal charges against Trump in relation to his alleged mishandling of classified materials.

According to the unsealed federal search warrant, the 45th U.S. president is under investigation by the Biden Department of Justice for alleged violations of the Espionage Act and obstruction of justice after the FBI seized 11 boxes of classified documents and other items from Mar-a-Lago.

Leftist pundits have also argued that Trump violated the Presidential Records Act (PRA) by keeping classified government documents in his personal residence. However, the PRA does not carry criminal penalties, and Trump has stated that he had already declassified the papers.

On Wednesday, New York Attorney General Letiticia James filed a separate civil suit against Trump and his family, alleging they committed fraud in their business dealings.

Trump has not yet announced whether or not he will throw in his hat for the 2024 presidential race.