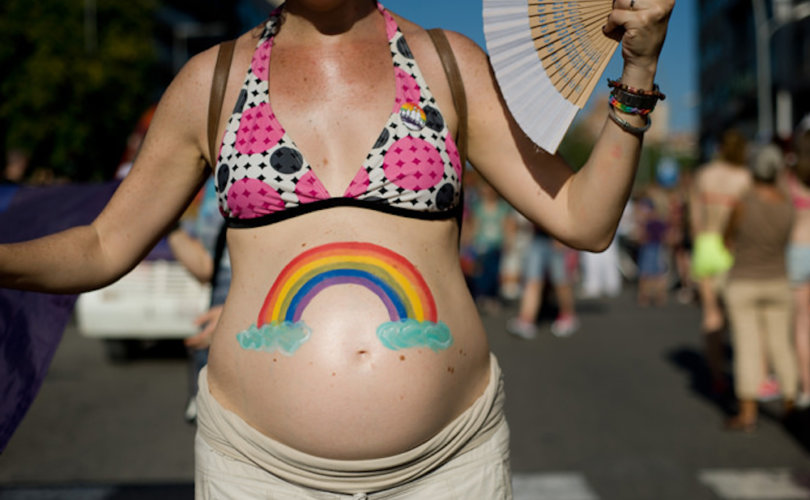 WASHINGTON D.C., August 14, 2017 (LifeSiteNews) — The Trump administration is preparing new guidance purported to roll back Obama-era protections for LGBTs and women who have had abortions.

While the exact contents of the Department of Health and Human Services (HHS) recommendations have not been revealed, red flags are being raised by progressive activists who are opposed to recently retaken ground in religious liberty.

Despite the red flags and uproar, the pro-LGBT publication, The Advocate, says, “It's not yet clear if it affects lesbian, gay, and bisexual individuals, as well as transgender people and women who have terminated pregnancies.”

And according to The Hill, “Advocacy groups like the ACLU and Lambda Legal acknowledge they haven’t seen the proposed rule but say administration officials have made their plans clear.”

Religious healthcare providers say the only thing the new directives would do is prevent them from having to act against their conscience and religious beliefs.

Because the content of the directives is unknown, it appears that alarm bells being sounded by LGBT and other progressive activists is a matter of posturing — a means of going on the offensive against potential future gains for religious liberty.

In the waning days of the Obama administration, a rule was issued that prohibits healthcare providers from denying transgender medical treatments and surgeries as well as medical services associated with abortions.

The Franciscan Alliance, a group of Christian healthcare providers, went to court over the Obama-era rule, arguing that the regulation forces doctors and insurers to act against their consciences.

The ACLU asserted that the lawsuit sought to allow providers and insurers to discriminate “against patients and employees because they are transgender or because they seek reproductive care.”

Defended by the Becket Fund, Franciscan Alliance won their case, and a nationwide injunction was issued by a Texas district court blocking the transgender and abortion provisions of the Obama-era regulations from taking effect.

“This is a common-sense ruling: The government has no business forcing private doctors to perform procedures that the government itself recognizes can be harmful, particularly to children, and that the government exempts its own doctors from performing,” said Lori Windham, senior counsel at Becket, which filed a lawsuit against the new federal regulation. “Today’s ruling ensures that doctors’ best medical judgment will not be replaced with political agendas and bureaucratic interference.”

During the first six months of Trump’s administration, he overturned an Obama-era order that required businesses doing contract work for the government to prove they were complying with federal rules regarding hiring, firing, and promotions of LGBT employees.

Most recently, via a series of three Tweets, President Trump said, “After consultation with my generals and military experts, please be advised that the United States government will not accept or allow transgender individuals to serve in any capacity in the U.S. military. Our military must be focused on decisive and overwhelming victory and cannot be burdened with the tremendous medical costs and disruption that transgender in the military would entail.”

Under Obama White House directives, Secretary of Defense Ash Carter ordered all branches of the military in 2016 to draft policies to allow for transgender recruits and transgender medical care.

The Washington Blade reported that the new White House guidelines for transgenders in the military would “encourage early retirement, usher out any enlisted personnel after their contract is up, and would fire trans officers up for promotion.” The Blade source added thta “the administration wants to get rid of transgender service members as fast as they can.”