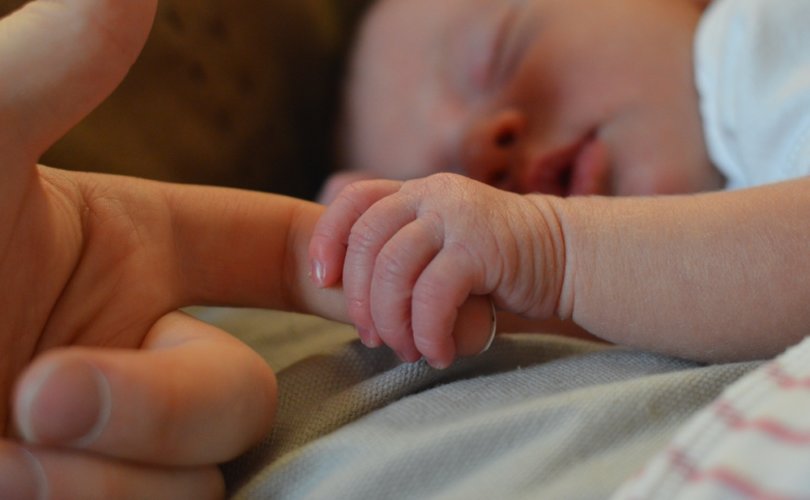 “Every infant born alive, no matter the circumstances of his or her birth, has the same dignity and the same rights as every other individual and is entitled to the same protections under Federal law,” Trump pointed out.

He had first announced his executive order at the National Catholic Prayer Breakfast on Wednesday.

The president referred to a number of laws intended to help “protect infants born alive from discrimination in the provision of medical treatment, including infants who require emergency medical treatment, who are premature, or who are born with disabilities.”

“Such infants are entitled to meaningful and non-discriminatory access to medical examination and services, with the consent of a parent or guardian, when they present at hospitals receiving Federal funds,” he emphasized.

However, “some hospitals refuse the required medical screening examination and stabilizing treatment or otherwise do not provide potentially lifesaving medical treatment to extremely premature or disabled infants, even when parents plead for such treatment.”

Many hospitals argue that treatment of babies born alive before 24 weeks of gestation is pointless because “they believe these infants may not survive, may have to live with long-term disabilities, or may have a quality-of-life deemed to be inadequate.”

Trump countered, “Active treatment of extremely premature infants has, however, been shown to improve their survival rates. And the denial of such treatment, or discouragement of parents from seeking such treatment for their children, devalues the lives of these children and may violate Federal law.”

“It is the policy of the United States to recognize the human dignity and inherent worth of every newborn or other infant child, regardless of prematurity or disability, and to ensure for each child due protection under the law,” the executive order stated.

Alex Azar, Secretary of the U.S. Department of Health and Human Services (HHS), commented, “HHS’s mission is to protect the health and well-being of all Americans, and that means all Americans—including infants born prematurely and infants with disabilities.”

“The President’s Executive Order is another step by the most pro-life President in American history and ensures that we provide the same protections for innocent infants who are born premature or with disabilities that we provide for every other American,” he added.

In September 2019, pro-life medical experts shed light on the problem of infanticide – letting babies born alive die without attempting to provide the same level of care as any other child would receive – during a hearing on Capitol Hill.

Dr. Robin Pierucci, a neonatologist and scholar with the pro-life Charlotte Lozier Institute (CLI), elaborated on the medical standard of care that should be guaranteed to abortion survivors. “Neither I nor the NICU team can always ‘fix’ or heal the newborn little ones who come to us,” Pierucci admitted, “but there is no such thing as a human being who is literally worth less than another.”

“Even if there is a decision to not resuscitate due to severe prematurity or congenital abnormality, this is never equivalent to ‘do not care’ or an excuse to abandon either the baby or the mother,” she said. “Care is the minimum I owe to both of them. Whether the birth is premature or term, the people I meet are always worthy of this, without exception.”

Dr. Kathi Aultman, a retired OB/GYN and former abortionist who is also affiliated with the Charlotte Lozier Institute, testified that it was indeed possible for babies to survive a variety of abortion methods, and that “there have been many cases and multiple witnesses who have come forward and admitted that they saw babies either actively or passively killed after they survived an abortion.”

“From what I observed, it was not uncommon for a live aborted baby to linger for an hour or two or even longer,” she continued. “One abortion survivor I was aware of lived for almost eight hours. Of 16 babies Christ Hospital aborted during the year 2000, four that I knew of were aborted alive. Each of those babies – two boys and two girls – lived between 1 1/2 and three hours. One baby was 28 weeks’ gestation – seven months old – and weighed two pounds, seven ounces.”