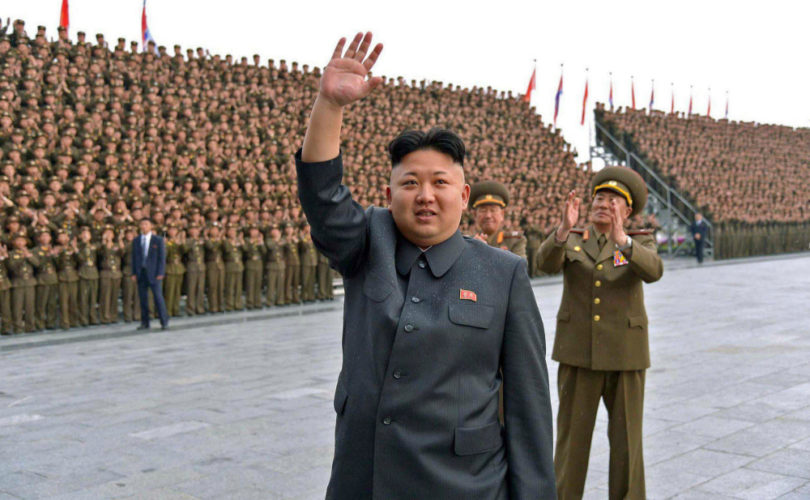 SOUTH KOREA, November 8, 2017 (LifeSiteNews) – President Trump blasted the forced abortions and infanticide that are regularly committed in North Korea, asking why China would “feel an obligation” to help a country that kills Chinese babies for being “inferior.”

“North Korean women are forced to abort babies that are considered ethnically inferior,” Trump told South Korea’s National Assembly. “And if these babies are born, the newborns are murdered.”

“One woman's baby born to a Chinese father was taken away in a bucket,” Trump recalled. “The guard said it did not deserve to live because it was impure.”

“So why would China feel an obligation to help North Korea?” he asked.

“The horror of life in North Korea is so complete that citizens pay bribes to government officials to have themselves exported abroad as slaves,” said Trump. “They would rather be slaves than live in North Korea.”

North Koreans who successfully escape to China “face grave danger because the Chinese government arrests and forcibly repatriates North Korean refugees,” according to Liberty in North Korea (LINK). “If sent back, they undergo interrogation and are at risk of extremely harsh punishments including torture, forced labor, forced abortions, and internment in a political prison camp.”

The totalitarian regime sees religion as a threat and “therefore nothing apart from token churches built as a facade of religious freedom for foreign visitors are allowed,” LINK explains. “People caught practicing or spreading religion in secret are punished extremely harshly, including by public execution or being sent to political prison camps.”

Forced abortion is a major problem in China as well. The country recently changed its one-child policy to a two-child policy, giving some couples the “right” to a second child.

This coercive population control program has led to gendercide because of cultural preferences for sons.

In April 2017, Trump announced that the U.S. would no longer fund the United Nations Population Fund (UNFPA) because it participates in China’s forced abortion regime.

The U.S., North Korea, and China are three of the seven countries in the world with the most liberal, unrestrictive abortion laws.