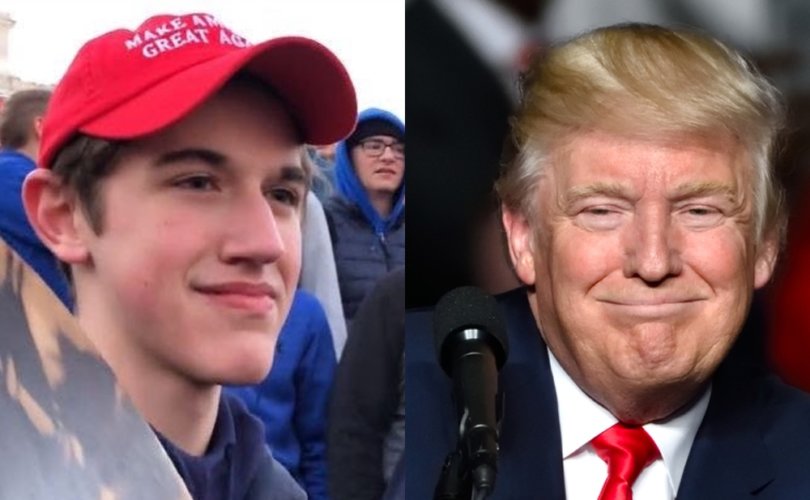 Trump became the first president to address the national pro-life event in person Friday, thanking the crowd for providing a “voice for the voiceless” and assuring them “unborn children have never had a stronger defender in the White House.”

Sandmann, the Covington Catholic High School student who became a national figure following last year’s March for Life, told conservative radio host Todd Starnes he was “proud of the way [Trump] stood for the pro-life movement,” and that he “thought it was one of his best speeches in the history of his presidency.”

“It was a moving experience,” Sandmann said of the March itself, which he attended again this year. “It brought back a lot of memories but it was definitely worth it.”

The president thanked Sandmann for his review via Twitter:

Sandmann and his classmates made international news last year when the mainstream media claimed a video showed them harassing an elderly Native American veteran on the steps of the Lincoln Memorial. But additional extended video and firsthand accounts soon revealed that the man, Nathan Phillips, was the one who waded into the group waiting for its bus and decided to beat a drum inches from Sandmann’s face, while the boys had merely performed school cheers in hopes of drowning out racist taunts from members of the Black Hebrew Israelites fringe group.

Tens of thousands attended the Washington, D.C. March last week. Though final estimates have yet to be released, a 58-second time-lapse video released by Students for Life gives a sense of the enormous crowds pouring into the nation’s capital.