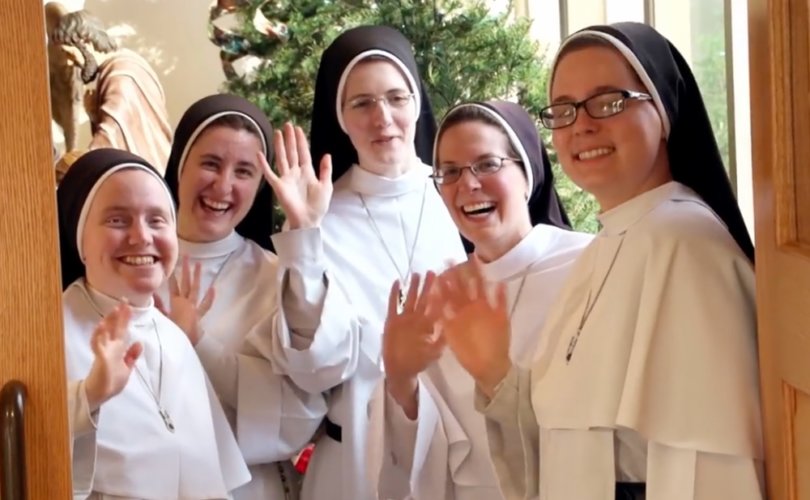 WASHINGTON, D.C., November 23, 2018 (LifeSiteNews) – A group of Catholic sisters will be singing at this year’s National Christmas Tree Lighting Ceremony at the White House.

According to the White House’s official website for the event, this American tradition dates back to 1923 when President Calvin Coolidge walked from the White House to the Ellipse park to light a 48-foot fir tree covered with colored bulbs. A local choir and a “quartet” from the U.S. Marine Band performed at the ceremony.

The Dominican Sisters of Mary Mother of the Eucharist, whose Motherhouse is in Ann Arbor, MI, are a teaching order founded in 1997 in response to St. John Paul II’s call for a new evangelization. Now numbering over 120, the Dominican Sisters have an average age of 30.

Although they are not cloistered, the Sisters have a strong devotion to contemplative life and to liturgy.  And like many other orders, they have released best-selling recordings of their sacred music, including the holiday album Jesu Joy of Man’s Desiring: Christmas with The Dominican Sisters of Mary.

Having appeared on EWTN’s “The World Over”, “The Oprah Winfrey Show,” NBC’s Today Show, The Associated Press, NBC News Nightly, NPR, Good Morning America, Telegraph UK, Fox & Friends, and CBS This Morning, The Dominican Sisters of Mary will now appear at the White House to help usher in the Advent Season.

The 2018 National Christmas Tree Lighting Ceremony will take place on November 28. It is being co-presented by the National Park Service and the National Park Foundation. Other performers include country singer Abby Anderson, Irish tenor Anthony Kearns, and Christian artist Matthew West.