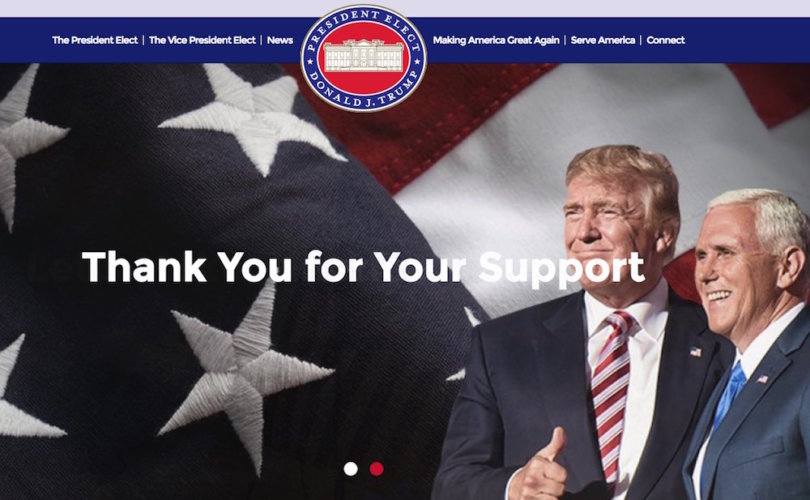 GreatAgain.gov, the transition team's official website, has a healthcare section that says the Trump administration will repeal Obamacare and “protect innocent human life from conception to natural death, including the most defenseless and those Americans with disabilities.”

Protecting conscience in healthcare is first on a list of actions the administration says it will take.

The “Constitutional Rights” page of the website says Trump will uphold his duty to defend the Constitution by “vetoing legislation that exceeds Congressional authority, taking actions as Chief Executive and Commander-in-Chief that are consistent with his constitutional role, and nominating Judges and Supreme Court Justices who are committed to interpreting the Constitution and laws according to their original public meaning.”

“He will defend Americans' fundamental rights to free speech [and] religious liberty. … The Constitution declares that as Americans we have the right to speak freely, share and live out our beliefs, raise and protect our families, be free from undue governmental abuse, and participate in the public square,” it concludes.

The website also indicates that regulatory reform will be a “cornerstone” of the Trump administration. Under President Obama, the federal goverment has issued tens of thousands of regulations, many of which force people to violate their consciences by cooperating with abortion, contraception, sterilization procedures, and sex-change surgery.