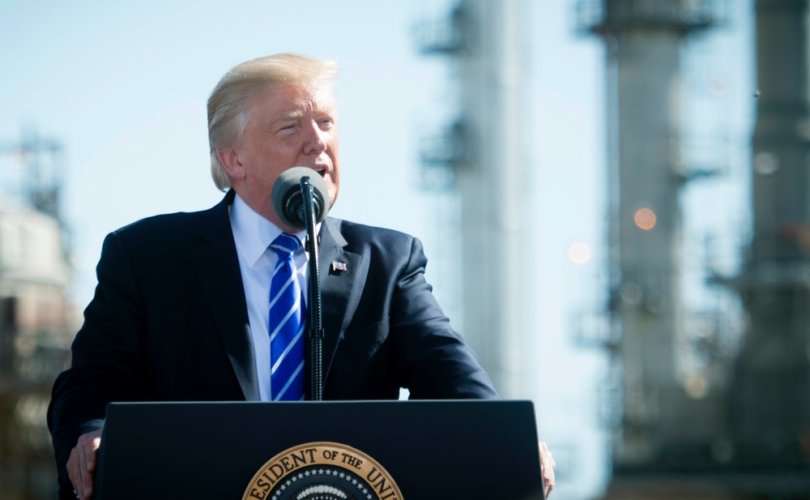 WASHINGTON, D.C., January 30, 2018 (LifeSiteNews) – President Trump called on the U.S. Senate to “reconsider” its rejection of an “important” ban on painful late-term abortions, urging, “we must defend those who cannot defend themselves.”

On Monday, the Senate voted to continue debate on the bill, effectively killing it by not allowing an actual vote on it. The Pain-Capable Unborn Child Protection Act has already passed the U.S. House and Trump has promised to sign it.

“When I addressed the 45th annual March for Life, I called on the Senate to pass the Pain-Capable Unborn Child Protection Act, important legislation that would protect our most vulnerable,” said Trump. “It is disappointing that despite support from a bipartisan majority of U.S. Senators, this bill was blocked from further consideration.”

“Scientific studies have demonstrated that babies in the womb feel pain at twenty weeks,” he continued. “The vote by the Senate rejects scientific fact and puts the United States out of the mainstream in the family of nations, in which only 7 out of 198 nations, including China and North Korea, allow elective abortions after 20 weeks of pregnancy.”

“I urge the Senate to reconsider its decision and pass legislation that will celebrate, cherish, and protect life,” said Trump.

“By refusing to advance a bill that would restrict abortions on babies when they are capable of feeling pain,” the U.S. Senate “voted against a motion that would have respected the majority of Americans' convictions,” said Vice President Pence. He called Trump a “true pro-life advocate” and promised, “President Trump and I will never cease in our commitment to defending the protecting the most vulnerable among us.”

I am disappointed that tonight, 46 Senators voted against a motion that would have respected the majority of Americans' convictions- including those of @POTUS Trump- by refusing to advance a bill that would restrict abortions on babies when they are capable of feeling pain. pic.twitter.com/9O5ubm35B7

“We will continue standing up for the sanctity of life,” said Pence.