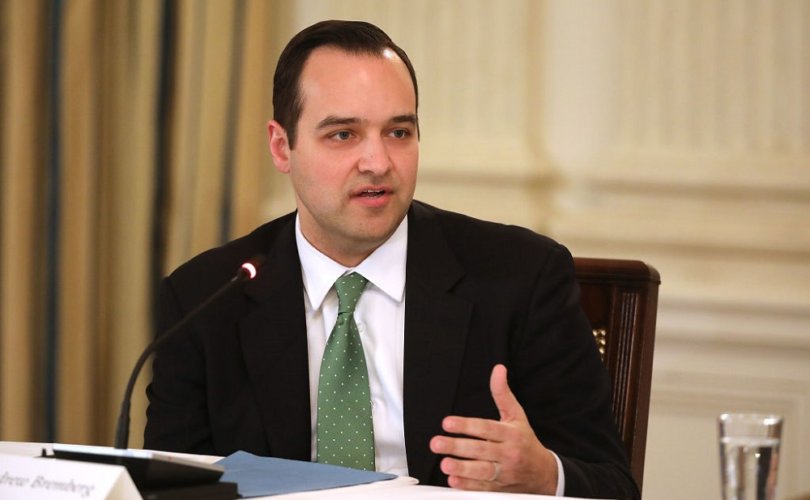 NEW YORK, August 27, 2020 (C-Fam) — The U.S. Ambassador to Geneva, Andrew Bremberg, sent a blistering letter to UN human rights experts because of their abortion advocacy. The UN experts criticized U.S. States who did not label abortion as “essential” during the COVID-19 pandemic.

“This is a perversion of the human rights system and the founding principles of the United Nations,” Ambassador Bremberg lamented in a letter labeled as the official U.S. response to the UN Working Group on Discrimination Against Women and Girls — a group of five independent experts appointed by the UN Human Rights Council to three year terms.

The UN experts accused U.S. States who did not label abortion an “essential” service during the COVID-19 pandemic of violating women’s reproductive rights. Bremberg’s letter, dated August 11, called the interference of the experts in U.S. politics “bizarre,” “absurd,” and “inexplicable.”

“These are actual human rights abuses, implicating millions of women and girls and their health, on an industrial scale, targeting a vulnerable ethnic and religious minority,” the letter to the working group states.

The letter complained of the double standard of the UN human rights system. All UN organs that deal with human rights, including the Secretary-General, the Human Rights Council, and the Office of the High Commissioner for Human Rights, “have been notably quiet on this topic, even as they find ample opportunity to opine on matters of American domestic political concern,” Ambassador Bremberg lamented.

Ambassador Bremberg said the interference of the working group in U.S. domestic abortion politics was an example of why so many people see the UN’s human rights system as “utterly broken.”

He warned the experts, whom he called “self-appointed guardians,” that they were undermining human rights and democracy by elevating their policy preferences as “rights.”

“If you truly are concerned about the integrity of the United Nations human rights system,” the letter concludes, “we urge you to reconsider the approach that has led you and your colleagues to this sad point, so far from the noble purpose for which this institution was founded 75 years ago.”

The letter is the latest salvo in an ongoing tussle between the Trump administration and the UN system over the UN’s promotion of abortion during the COVID-19 pandemic.

In June, U.S. Secretary General Antonio Guterres assured the U.S. government that it would not promote abortion during the COVID-19 pandemic. Guterres told the Acting Director of the U.S. Agency for International Development John Barsa that the UN response to the COVID-19 virus “does not promote, much less impose, abortion on anyone, nor is it intended to do so.” He also said that any UN efforts in health care are “provided with full respect to national laws.”

Guterres’ apology followed a strongly worded letter from Barsa complaining that the UN had included a UN manual on “sexual and reproductive health” that promotes abortion as a humanitarian right as “essential” in the UN response to the COVID-19 pandemic. The manual also calls for forcing doctors and health providers to refer for abortion against their conscience.