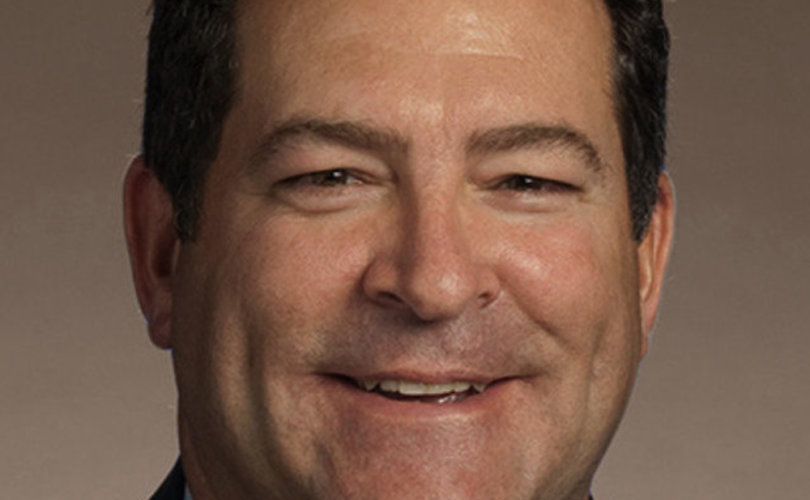 May 9, 2017 (LifeSiteNews) — After pro-life, Christian social conservative Dr. Mark Green withdrew from consideration for Secretary of the Army on Friday, two leading Christian talk show hosts warned that America is in danger of having a pro-gay “litmus test” for public servants that effectively boxes out Bible-believing Christians.

Dr. Green, a Harvard-educated, decorated West Point grad, retired Army flight surgeon and Tennessee state senator, was targeted by pro-LGBT leftists after President Trump nominated him for Army Secretary. Many of the attack lines used against Green were based on his past words and positions being exaggerated or taken out of context, as LifeSiteNews reported.

Had Green gone through the confirmation and been approved, he would have succeeded Obama’s openly homosexual Secretary of the Army, Eric Fanning, who used his influence inside the Pentagon to open up military service to “transgender” men and women.

“But if being a conservative disqualifies Green from public service, then Washington is going to be a pretty empty place,” said FRC in president Tony Perkins “Washington Update” newsletter.

FRC quoted Tennessee Lt. Gov. Randy McNally, who told the Washington Examiner, “I think there is a movement to target people of faith who are being nominated. … They want their own, either agnostics or people who are non-Christians. 'They' being the Democratic Party.”

The pro-family group called on Trump to nominate another “respected conservative” like Lt. Colonel Allen West or former Congressman Randy Forbes, R-VA, to fill the Secretary of the Army slot.

On his Facebook page, Dr. Green wrote that it was “with a sad heart” that he was announcing his withdrawal from consideration to the media.

“It is with deep regret today I am withdrawing my nomination to be the Secretary of the Army,” he said. “But to meet these challenges, there should be no distractions. And unfortunately due to false and misleading attacks against me, this nomination has become a distraction.”

“Tragically, my life of public service and my Christian beliefs have been mischaracterized and attacked by a few on the other side of the aisle for political gain,” he said. “While these false attacks have no bearing on the needs of the Army or my qualifications to serve, I believe it is critical to give the President the ability to move forward with his vision to restore our military to its rightful place in the world.”

The homosexual-bisexual-transgender lobby group Human Rights Campaign (HRC), like other groups on the Left, exulted in Dr. Green’s demise, tweeting: “@HRC thanks our supporters for helping us #StopMarkGreen & showing that hate has no place in our military.”

The HRC tactic of casting pro-family (usually Christian) opponents of organized homosexual activism as “haters” was the main tactic used to bring Green down, like a floundering, spinning helicopter taking too much enemy fire.

Green was attacked by a “progressive” coalition on several fronts. His public-policy positions against the LGBTQ political agenda were called “transphobic.” His statements against gender-confused men using women’s restrooms were distorted, personalized and taken out of context to make him appear hateful and as if he might take potentially violent action against “evil” transgenders.

Green was attacked for being a Christian creationist, while Islamic activists assailed him as an “Islamophobe” for distorting their religion and voicing concerns about Muslim immigration at a Tea Party meeting in Tennessee.

Christian writer and talk show host Dr. Michael Brown said on the air that Christians must learn from the successful D.C. leftist political assault against Green and get involved in defending fellow conservative Christians in the political process.

Echoing Mefferd, Brown feared that mere opposition to any aspect of the LGBT agenda could serve as a “litmus test” and used henceforth to crusade against social conservatives from serving in key government positions.

Should Green have fought on?

Some conservatives believe Dr. Green should not have quit and fought for the job, and answered the accusations against him.

“Mark Green's throwing in the towel so soon is quite dismaying,” said Army veteran and pro-family activist Jeff Long. “There are many fine pro-life/pro-family soldiers who are turned off by the incessant ‘Army-of-One’ drivel propaganda, which conveys, by implication, forced acceptance of homosexuality and gay marriage, and the nouveau gender fluidity claptrap.”

Long told LifeSiteNews, “And now even transgenderism in the force structure? This is an utter abomination and a positive hindrance to the Armed Forces effective, disciplined execution of its assigned mission.”

“This is a crying shame when a man of high Christian character cannot serve because of his beliefs. Our country was founded on the same beliefs and today's culture is totally opposite. I am really concerned for the world my grandchildren will inherit,” said Dean Lewis.

“Shame on you America! You have done yourself a great disservice. You have taken a good man, perhaps the best man for the challenges the military faces and tried to discredit and dishonor him based on his sincerely held religious beliefs. Last time I checked he was entitled to those beliefs by our constitution, “ said Kimberly Brashears Miraldi. “You did this with complete disregard for his documented record of selfless service, integrity and leadership.

“While I do not agree with all of his beliefs we have debated and agreed to disagree on some issues. In spite of that I believe he would have done an incredible job as SA [Secretary of the Army] and that as a people we have bitten off our noses to spite our faces.” Miraldi said. “Tolerance, compromise and communication must go both ways and unfortunately all I see from those who oppose him are anger, hostility and hatefulness.”

Mefferd wondered why more Christians were not engaged in the fight to defend Mark Green against all the charges coming at him from the Left.

“An honorable Christian drummed out as potential Army secretary by Leftist lies. Where was his Christian support?!” she tweeted Friday.

For his part, Dr. Green said, “I am honored that President Trump nominated me for this position. I appreciate his support and confidence in me, as well as that of Secretary Mattis and many others, and their desire to Make America Great Again by preparing our military to face the many challenges in the world for the safety and security of our nation.”

“For the past few weeks I have had the privilege of going into the Pentagon and getting briefings on our Army. The men and women who shared their time with me over the past few weeks make me realize anew how great the American Soldier truly is,” he said.