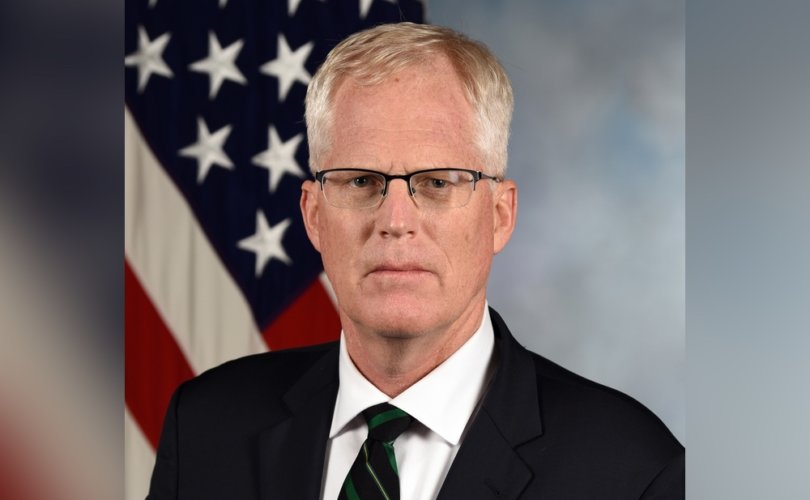 WASHINGTON, D.C., December 18, 2020 (LifeSiteNews) – Acting Secretary of Defense Chris Miller directed the Pentagon to stop cooperating with the presidential transition team of former Vice President Joe Biden late Thursday evening. Officials are claiming it’s simply a matter of holiday scheduling while activists are wondering if something more is at work.

Axios reports that Miller “stunned” Pentagon officials by ordering a halt to all scheduled transition meetings, a move of which a “top Biden official was unaware.”

“We had fewer than two dozen remaining meetings on the schedule today and next week,” a Pentagon official told the publication. “The DoD [Department of Defense] staff working the meetings were overwhelmed by the number of meetings.”

“These same senior leaders needed to do their day jobs and were being consumed by transition activities,” the source continued. “With the holidays we are taking a knee for two weeks. We are still committed to a productive transition.”

Former Acting Director of National Intelligence Richard Grenell assailed the story as “click bait reporting,” noting that the “current Pentagon team has given more transition meetings than were given in 2016.”

Despite the mundane official explanation, there are many on both sides who suspect the move is actually related to President Donald Trump’s refusal to concede the presidential election until his avenues to challenge Biden’s victory are fully exhausted. The Supreme Court unanimously rejected Texas’s lawsuit disputing the legality of mail voting in four states. Trump’s final hope may rest with the possibility of Republicans challenging the outcome when Congress counts the Electoral College votes on January 6.

Last month, Trump ordered the US General Services Administration to release limited funds to Biden for preliminary transition work. The president is slated to meet with Miller in the Oval Office on Friday afternoon.