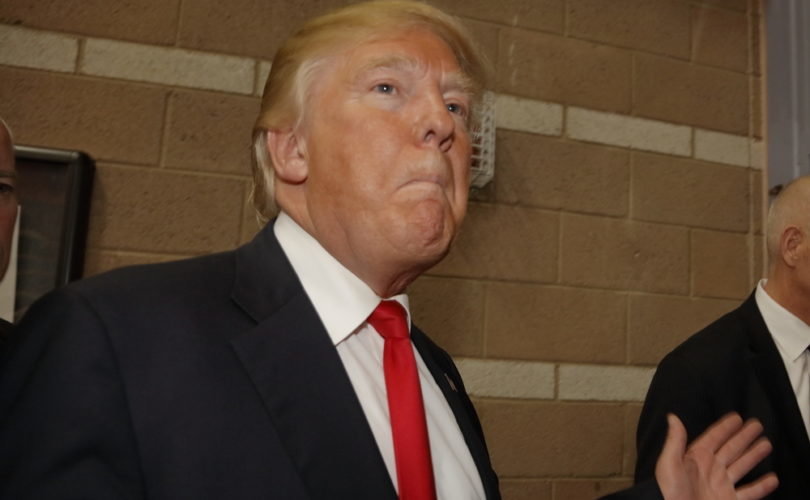 March 9, 2016 (LifeSiteNews) – Donald Trump donated tens of thousands of dollars to homosexual lobbying organizations – but the donations were dictated by the terms of his reality TV show “Celebrity Apprentice.”

However, those donations came as part of Trump's role in his reality television show, which allowed celebrities to earmark money for charities of their choice, and Trump would make a matching donation.

“In 2012, we did receive money from the Trump Foundation,” GLSEN spokeswoman Kari Hudnell told the homosexual publication The Advocate. “It was all in relation to Aubrey O'Day appearing on 'Celebrity Apprentice.' She was playing to benefit GLSEN.”

A spokesperson for Gay Men's Health Crisis also told The Advocate that its Trump Foundation donation came because comedienne Lisa Lampanelli “raised $130,000 on the show for GMHC, with a $10,000 match from Trump, a routine part of the show during its respective seasons.”

GMHC has come under scrutiny for its annual summer fundraiser, the Fire Island Morning After Party, where dozens of people were cited by police each year for drug sale or possession, and people have been evacuated after falling into drug-induced comas on the premises.

Gregory T. Angelo, president of the Log Cabin Republicans, an LGBT Republican group, said the circumstances of the donations don't change the fact that it was made.

“The check said Trump Foundation. You can't really spin your way out of that,” he said. “I don't think Trump can say that he didn't give to those organizations.”

He similarly critiqued LGBT organizations that tried to minimize Trump's role in donating to their cause. “It's a little disingenuous for those organizations, who gladly accepted money from the Trump Foundation, to try to distance themselves from those donations,” Angelo said.

The Log Cabin Republicans has asked Trump to clarify his stance on same-sex “marriage,” although Trump has consistently said he opposes redefining marriage since he considered running for the Reform Party presidential nomination in 1999.

The Donald J. Trump Foundation did not respond to LifeSiteNews' requests for comment before the original story was published.