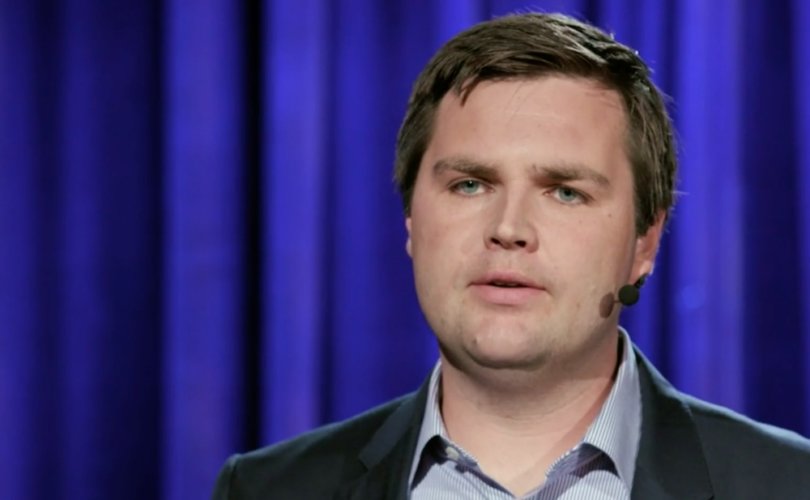 (LifeSiteNews) — All 22 candidates endorsed by former President Donald Trump in the Ohio and Indiana primaries yesterday swept to victory, revealing that perhaps the most cancelled man in the world still wields the most powerful endorsement among U.S. voters.

Though the former president was the target of a broadly coordinated Russia hoax with its Mueller Investigation, a Ukraine impeachment hoax, and was also banned by Twitter, Facebook and Instagram, combining these 22 victories with the Texas primaries of March 1, Trump’s 2022 endorsement record is now 55-0.

What we saw in Texas earlier this year was confirmed yet again tonight: President Trump’s endorsement is the most important endorsement in politics. His endorsed candidates are a combined 55-0 in 2022 primaries, a continuation of the historic endorsement streak of success that started during his time at The White House.

Most prominent among the victories came as Ohio Republican U.S. Senate candidate J.D. Vance won his primary with 32 percent of the vote after polling at around 10 percent before Trump’s April 15 endorsement. The “100 % pro-life” and pro-family contender won the nomination in a crowded field of three other candidates, all of whom sought Trump’s endorsement as well.

Taylor Budowich, a spokesman of the former president, said, “The power of President Trump’s endorsement is undeniable, his dominance over the Republican power brokers in D.C. cannot be overstated, and the promise of this MAGA Movement will not just define the Midterms, but it will win for years to come.”

Five of the 55 counted victories for Trump candidates have advanced to runoffs, which the Trump team does not consider losses. According to the Washington Examiner, an adviser to the former president said, “We count runoffs as a win too — they didn’t lose.”

Also chalking up an endorsement victory is Rep. Marjorie Taylor Greene of Georgia, who celebrated Vance’s win tweeting on Wednesday morning, “I’m building a team, and it’s not just in the House. We will have a team that exist in both chambers, and only serves the people. Which makes it far more effective than any America-Last squad could ever be.”

U.S. Sen. Josh Hawley of Missouri also endorsed Vance and called his victory “a big moment for the Republican Party,” as “JD represents the future of the conservative movement, as a coalition of working people, families, and people of faith, welcoming every American who believes in this nation.”

.@JDVance1’s victory in the #OHSen primary is a big moment for the Republican Party. JD represents the future of the conservative movement, as a coalition of working people, families, and people of faith, welcoming every American who believes in this nation. On to victory in Nov!

Come November, Vance will face off against Congressman Tim Ryan, who won the Democratic primary with almost 70% of the vote. However, as a signal of where the voters in the Buckeye state may be leaning, a full 1,026,738 pulled a lever for a Republican in the primary, and only 510,362 cast a ballot for a Democrat.

In additional fallout for the congressman, the Ohio Republican Party passed resolutions censuring Gonzalez and called on him to resign due to this vote. Though he initially refused, Gonzalez quit his primary race last September for personal reasons.

Trump responded to the announcement, saying, “RINO Congressman Anthony Gonzalez, who has poorly represented his district in the Great State of Ohio, has decided to quit after enduring a tremendous loss of popularity, of which he had little, since his ill-informed and otherwise very stupid impeachment vote against the sitting President of the United States, me.”

“Good riddance to Anthony,” Trump continued. “He can now get himself a job at ratings-dead CNN or MSDNC!”

After his victory, Miller promised to advance Trump’s “America First” agenda while adding, “We will protect life, finish the wall, fund our police, support our military, fight for fair trade deals, and stop the Biden Administration’s insane runaway spending.”

Also notable is a victory by former Miss Ohio Madison Gesiotto Gilbert, who was endorsed by Trump among a field of six other candidates vying for the 13th district’s Congressional House seat being vacated by Ryan. She will face former Ohio House of Representatives Minority Leader Democrat Emilia Sykes in the general election.

Trump’s six endorsed candidates in Indiana swept their primaries as well. Each of them is a sitting member of the U.S. House of Representatives, and they include the following: Reps. Jim Baird, Jim Banks, Larry Bucshon, Greg Pence, Victoria Spartz, and Jackie Walorsk.

In a brief Wednesday morning statement commenting on the dramatic results, Trump simply said, “Yesterday was brilliant for the Republican party!”