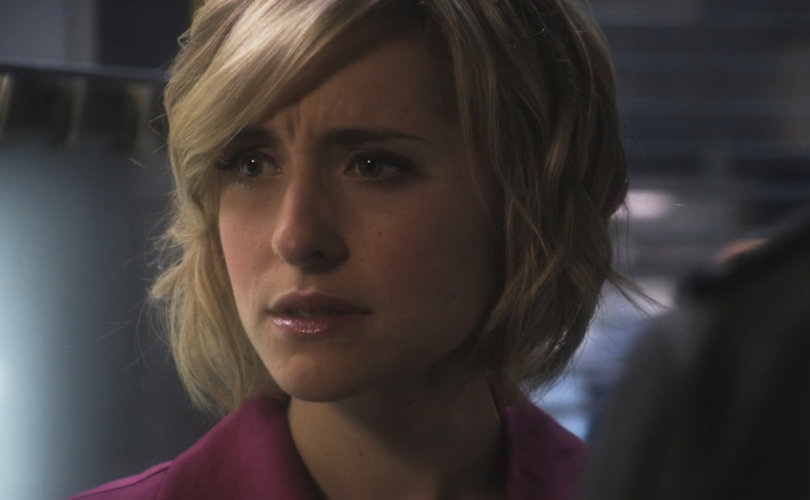 April 30, 2018 (LifeSiteNews) — The U.S. Department of Justice executed a raid on an alleged sex trafficking “cult” in April, arresting an unexpected celebrity in the process.

The FBI raided a townhouse in Halfmoon, New York, on April 20, the Times Union reported. The bureau said the location, also known as “The Library” and situated near the former personal residence of self-help guru Keith Raniere, served as the “private sex lair” for a “secretive slave-master sex club” Raniere allegedly operated under the auspices of his company, NXIVM.

Mexican police arrested Raniere two days earlier at a Puerto Vallarta villa, where he had been staying with multiple female followers. He was promptly returned to the United States.

Raniere has been charged with sex trafficking and conspiracy to commit forced labor. Prosecutors say NXIVM lured women into joining the club, which required that they submit nude photos or other damaging or embarrassing personal information with which the club could blackmail them if they wanted to leave in the future.

Raniere allegedly pressured multiple women to have sex with him personally, and some accusers even claim that Danielle Roberts, a doctor, branded them with Raniere’s initials. Allegedly, they were also starved and forced to remain celibate outside of the cult.

“These serious crimes against humanity are not only shocking, but disconcerting to say the least, and we are putting an end to this torture today,” William Sweeney Jr., assistant director-in-charge of the FBI’s New York field office, said in a statement.

Also arrested April 20 was Allison Mack, an actress from the 2001-2011 series “Smallville” who allegedly served Raniere’s cult as a “recruiter.” She has been charged with sex trafficking and conspiracy.

“Ms. Mack was one of the top members of a highly organized scheme which was designed to provide sex to Raniere,” assistant U.S. attorney Moira Penza argued, according to The New Paper. “Under the guise of female empowerment, she starved women until they fit her co-defendant's sexual feminine ideal.”

According to the charges, Mack would place her hands on women’s chests, tell them to “feel the pain” and “think of master,” and force women to pose for nude photos for Raniere. Women were allegedly branded with her initials as well as Raniere’s.

Mack's “Smallville” co-star, Kristin Kreuk, was once a member of NXIVM as well, and in fact was the one who originally recruited Mack into it. But she says she left long before it began branding or humiliating women, and has denied that she ever recruited any sex slaves.

Raniere is being held without bail. Mack has been released into house arrest with her parents on a $5 million bond. Both have pleaded not guilty.

On April 7, the Justice Department shut down Backpage.com for “knowingly facilitating” prostitution and child sex trafficking. A few days later, Trump signed legislation making it easier to hold similar websites liable for such content. After Congress passed the bill but before the president signed it, several similar websites either shut down entirely or cracked down on their sex-trade content.