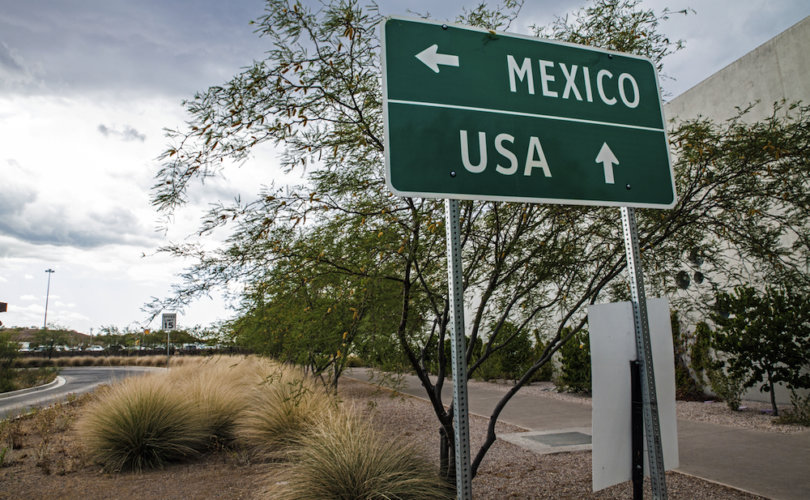 November 15, 2016 (LifeSiteNews) – The Catholic archdiocese of Mexico City has made headlines across the country with a “warning” to the country’s increasingly pro-abortion political class: Donald Trump won the Catholic vote in part due to the opposition of Catholics to the “criminal policies of abortion and the dictatorship of gender ideology.”

In an editorial published in its newspaper Desde la Fe (From the Faith), the archdiocese noted, “There is no doubt that many Catholics supported Trump to put a stop to the criminal policies of abortion and the dictatorship of gender ideology promoted by the Democratic party and advocated forcefully by Barack Obama, and which Hillary Clinton sought to continue with even greater force” during the presidential elections.

While Hillary Clinton was “defending the practice of abortion even hours before birth, and increasing economic assistance to the criminal abortion centers in the United States and other countries of the world,” Donald Trump “presented himself openly as pro-life,” the archdiocese noted. “This, without a doubt, constitutes another warning for our Mexican politicians.”

Although Trump appeared to be losing the Catholic vote for much of the pre-election campaign, he ultimately won 52 percent of Catholic voters to his cause after repeatedly promising to appoint pro-life federal judges and to defund Planned Parenthood, which performs more than 300,000 abortions annually.

Trump reiterated his commitment to appoint pro-life judges in an interview with Lesley Stahl on 60 Minutes aired Sunday. “So look, here’s what’s going to happen — I’m going to — I’m pro-life. The judges will be pro-life,” he told Stahl.

Desde la Fe has become a strong defender of the values of life and family in recent years while launching hard-hitting editorial attacks against abortion, gender ideology, inappropriate and perverse sex-ed courses. Its editor, Fr. Hugo Valdemar, who is also the spokesman for the archdiocese, has blasted Mexican president Enrique Peña Nieto for delivering  “a terrible stab in the back” to the Catholic Church after proposing a constitutional amendment to create homosexual “marriage.”

The archdiocesan newspaper also attributed Trump’s victory to his use of “fear and anger” caused by the “resentment of millions of Americans, victims of a savage form of capitalism,” as well as “policies that neglected the white majority.” It expressed hope that the new president’s policies would not fulfill all of his campaign promises regarding the deportation of illegal immigrants, and chided the Mexican government for its “lukewarm” and “passive” response to Trump, as well as its accommodating response to his trip to Mexico in September, calling it “shameful.”

“The Mexican government should leave behind these shameful episodes and content itself with initiating, finally, a foreign policy that strongly protects our country and the rights of Mexican migrants,” the archdiocese opined.