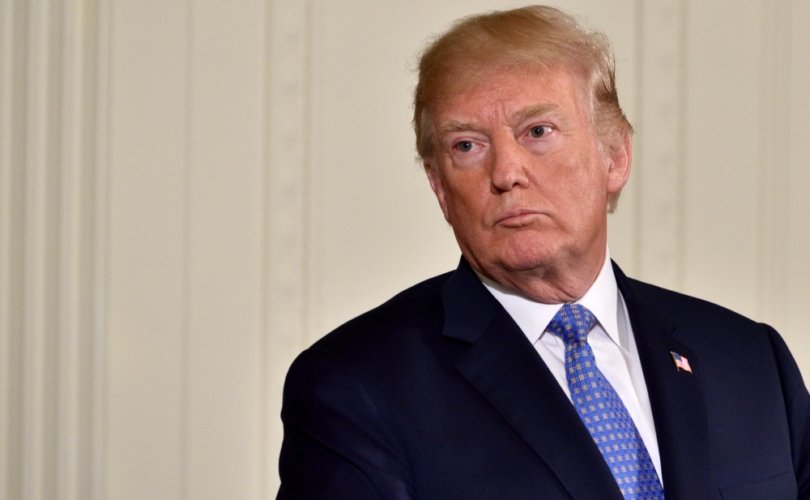 WASHINGTON, D.C. (LifeSiteNews) – Democrats controlling the U.S. House Ways & Means Committee released a trove of material from former President Donald Trump’s tax returns Friday, fulfilling a longstanding fixation of left-wing activists that has so far failed to live up to their imaginations.

Fox News reported that the committee voted 24-16 to release a partly redacted copy of six years of personal returns Trump filed with wife Melania and material covering several of the former president’s businesses. All told, the materials amount to almost 6,000 pages.

Democrats and other foes of Trump have long demanded Trump release his tax returns, suggesting they contained evidence of any number of scandals, from illegal or unethical business dealings to tax evasion to even collusion with the Russian government to steal his 2016 election victory (a claim for which Special Counsel Robert Mueller’s investigation found no evidence).

Trump has resisted such calls just as long, but last month the U.S. Supreme Court ordered the documents to be handed over to the committee.

“The Radical Left Democrats have weaponized everything, but remember, that is a dangerous two-way street!” Trump reacted in a statement. “The ‘Trump’ tax returns once again show how proudly successful I have been and how I have been able to use depreciation and various other tax deductions as an incentive for creating thousands of jobs and magnificent structures and enterprises.”

So far, the biggest revelation seized upon by Trump’s foes is that he used business losses to reduce and in some cases erase his annual tax liability, which The Hill’s Tobias Burns and Sylvan Lane admit is not illegal but claim “rais[es] more urgent questions about the fairness of the U.S. tax code and tax regulations” (last month, the Trump Organization was found guilty of tax fraud in a case pushed by left-wing Manhattan District Attorney Alvin Bragg, which Trump’s legal team says it will appeal).

Summarizing the contents for the Washington Examiner, journalist Byron York wrote that they “show how Trump reported huge losses over many years, how one year he could pay $1 million in federal income tax and the next year $0”; “had a lot of foreign bank accounts, including one in China — but not in Russia”; “aggressively used loopholes in the tax code created by Congress to benefit real estate developers”; and, “in short, that Trump did what he said he did, which was to use every possible benefit in the tax laws to minimize the amount of tax he had to pay.

“Was it all scrupulously by the book? Democrats want the IRS to examine the returns more closely, and perhaps they will deliver a judgment later,” York added. But there are no smoking guns pertaining to the Kremlin, national security, or other left-wing conspiracy theories.

Apart from the implications for Trump personally, Republicans have decried the release as setting a dangerous precedent for politically weaponizing the personal information of public figures.

“Democrats have charged forward with an unprecedented decision to unleash a dangerous new political weapon that reaches far beyond the former president, overturning decades of privacy protections for average Americans that have existed since Watergate,” said Rep. Kevin Brady of Texas, the top Republican on Ways & Means. “Going forward, all future Chairs of both the House Ways and Means Committee and the Senate Finance Committee will have nearly unlimited power to target and make public the tax returns of private citizens, political enemies, business and labor leaders or even the Supreme Court justices themselves.”

Trump is currently seeking the GOP’s nomination for president in 2024.