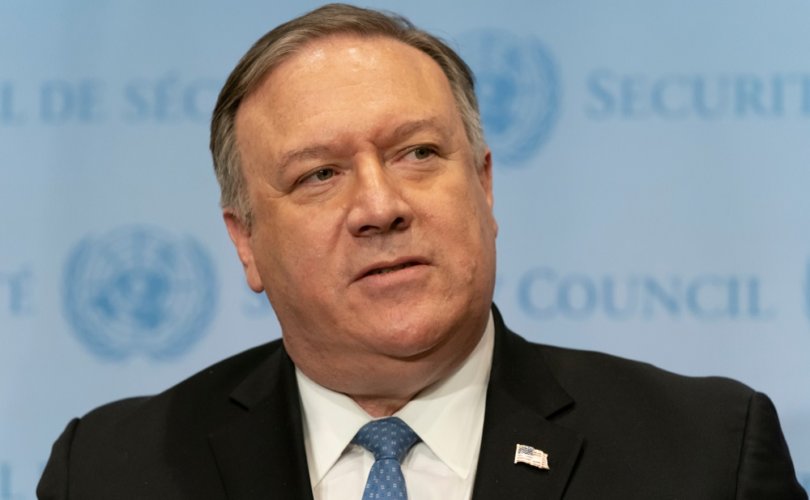 Secretary Mike Pompeo of the Department of State.lev radin / Shutterstock.com

WASHINGTON, D.C., April 28, 2020 (LifeSiteNews) — Secretary of state Mike Pompeo has spoken out in support of homeschooling, referring to a Harvard Magazine article slandering families educating their children at home and calling for “a presumptive ban on the practice.”

“The risk to children is NOT from homeschooling,” Pompeo tweeted. “The risk is from radical leftist scholars seeking to impose THEIR values on OUR children.”

Harvard Magazine had written an article about Harvard professor Elizabeth Bartholet, who argued that homeschooling “not only violates children’s right to a ‘meaningful education’ and their right to be protected from potential child abuse, but may keep them from contributing positively to a democratic society.”

Bartholet questioned the motives of homeschooling families, especially those having a Christian education in mind. She noted “that some of these parents are ‘extreme religious ideologues’ who question science and promote female subservience and white supremacy.”

Secretary Pompeo summarized the article by stating Bartholet’s “mission is simple: to further the destruction of the family unit. Her plan: substitute state power for parental love. For her, the corollary benefit is to drive Christian values out of public discourse under the guise of preventing ‘child abuse.’”

“This ivory-tower screed attacking parents who choose to dedicate their lives to educating their own children, often at significant financial sacrifice, is a reminder that we must all work together to protect civilization’s most successful institution: our families,” Pompeo concluded.

This ivory-tower screed attacking parents who choose to dedicate their lives to educating their own children, often at significant financial sacrifice, is a reminder that we must all work together to protect civilization's most successful institution: our families.

This is barbaric. Myopic. And unconstitutional. https://t.co/9rqmjM0k9a

Joseph Shaw, in his LifeSiteNews column, looked at a lengthy article, written by Elizabeth Bartholet and published by the Arizona Law Review.

“Bartholet complains repeatedly about the lack of information, and then draws extravagant conclusions, and proposes draconian legal changes, on the basis of this inadequate information,” Shaw noted.

“It is meaningless to point out that some homeschooling parents only manage to bring their children up to meager standards, if these parents withdrew their children in desperation from a school where outcomes are even worse,” he continued.

Michael Farris, founder of the Home School Legal Defense Association (HSLDA) and now president of the Alliance Defending Freedom, pointed out that in public schools, “family income is a strong predictor of a child’s academic success. In homeschooling, children from lower-income levels not only outscore their public school socio-economic counterparts, but they also score comparably to homeschool students from higher income levels.”

“Harvard should also be embarrassed — truly embarrassed — by its professor’s absolutely unsupported assertion that homeschool students will not be able to contribute positively to our democratic processes,” he added.

At the end of March, LifeSiteNews reported on a “Homeschooling Summit” scheduled to take place at Harvard in June. The conference will bring together a number of speakers opposed to homeschooling, or at least arguing for certain limitations to the practice. One of the conference’s organizers is Elizabeth Bartholet.