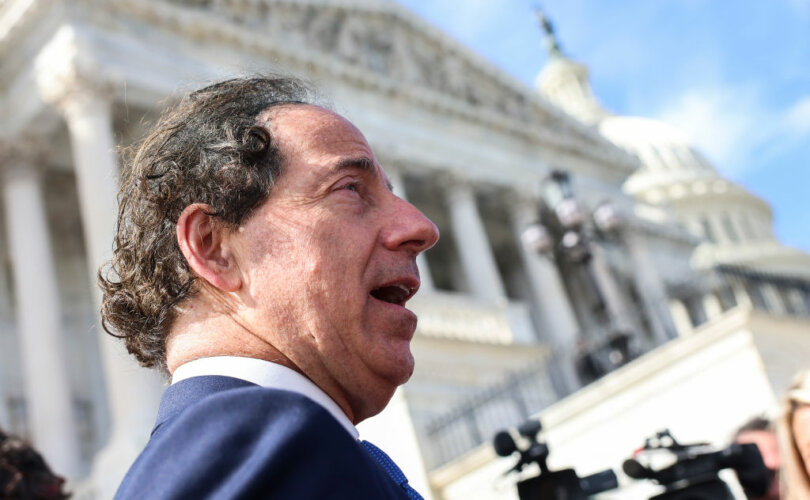 (LifeSiteNews) — Tucker Carlson has drawn attention to a statement by Democratic congressman Rep. Jamie Raskin (D-MD) in which Raskin declares a primary motivation for waging war against Russia is to forcefully oppose fundamental aspects of the nation’s Orthodox Christian faith and traditional values.

After documenting a devastating list of catastrophic outcomes to Europe and the U.S., due to war sanctions against Russia — including economic collapse and dangerous shortages in heating fuel — the Fox News host asked, “what could possibly be the justification” for continuing such policies, particularly when there is no evidence they have “hurt Putin in any way”?

Well, this week, Congressman Jamie Raskin of Maryland, of Bethesda, answered that question. Russia is an Orthodox Christian country with traditional social values and for that reason, it must be destroyed, no matter what the cost to us.

So, this is not a conventional war. This is a jihad. Jamie Raskin said that out loud, but many in Washington agree with him, in both parties. They would like to see World War Trans immediately.

Raskin, wrote in an October 25 statement that Russia “is a world center of antifeminist, antigay, anti-trans hatred, as well as the homeland of replacement theory for export. In supporting Ukraine, we are opposing these fascist views.”

Numerous fact-checkers protested Carlson’s summation of Raskin’s words calling them “false.” Newsweek stated, “Jamie Raskin did not say that the U.S. should try to destroy Russia nor that America should engage in jihad against the country’s ‘Christian…traditional values.’”

However, on March 6 of this year, Russian Orthodox Patriarch Kirill of Moscow and All Russia precisely identified the pro-homosexual and pro-trans agenda of the West, and its war against Russia, with a direct attack upon their nation’s Christian and traditional values.

In a sermon following a celebration of the Divine Liturgy, Patriarch Kirill claimed that part of the coup government of Ukraine’s eight years of war on ethnic Russians in the eastern Donbass region of their country was motivated by the latter’s “fundamental rejection of the so-called values ​​that are offered today by those who claim world power.”

READ: The secret to peace in Ukraine lies in Our Lady of Fatima’s call to prayer and penance

For such governments, Kirill said, there is a test of loyalty to this world network, which is “very simple and at the same time terrible – this is a gay parade.”

“The demands on many to hold a gay parade are a test of loyalty to that very powerful world; and we know that if people or countries reject these demands, then they do not enter into that world, they become strangers to it,” Kirill said.

In making his case, Kirill may have had the recent transformation of the historically more Christian and traditional Ukraine in mind as an example of how quickly nations can be changed when Western powers impose this “woke” agenda upon their societies.

One participant in Ukraine’s “biggest ever gay pride parade” in 2019, affirmed Kirill’s statement regarding the purpose of such displays: “Our desire is to convey to a majority of people that LGBT is normality,” a 17-year-old male tattoo artist told Reuters.

In the decade prior to the coup of President Viktor Yanukovych, who was inclined in his sentiments toward association with Russia rather than the EU, the Ukraine government defied the Western homosexual agenda on several occasions.

For example, in 2008 his parliament worked towards the banning of “homosexualism” in the country with a government committee saying, “Propaganda and expansion of homosexuality in the country form a threat to national security, contradict national interests and undermine the authority of rights and freedoms of human beings and family.”

READ: Are neocons planning a ‘dirty bomb’ false flag attack in Ukraine to draw the US into war with Russia?

In 2009 Ukrainian authorities denied Elton John and his partner the right to adopt a baby. The English pop icon may have been “married” in the eyes of Western nations, but to Ukraine he was just a single man, as men cannot marry men, and was therefore unable to adopt under Ukrainian law.

In 2012 Ukrainian parliamentarians went further on their crusade for traditional Christian values and re-submitted a bill to outlaw the promotion of homosexuality in public.

Reuters also reported that even as late as 2019, “almost 47% of Ukrainians think that rights of sexual minorities should be limited while 37.5% are against restrictions, and 15.6% do not have an opinion.”

It therefore follows that Raskin’s fierce opposition to Russia’s maintaining of its traditional sexual morals, as affirmed by their Orthodox Christianity — even to the point of declaring it a motivation for continued war — would be fittingly characterized by Carlson as a religious and ideological war.

Raskin, who is Jewish himself, celebrated the election of Ukraine’s Jewish president Volodymyr Zelensky as a testimony to that nation’s functioning democracy since he “belongs to a small national minority.”

Coming from the world of entertainment, Zelensky is well-known for his lewd performances, even in drag, which Archbishop Carlo Maria Viganò observed “are perfectly consistent with the LGBTQ ideology.”

Echoing the perspective of Patriarch Kirill, Viganò said the promotion of such degeneracy “is considered by its European sponsors as an indispensable requirement of the ‘reform’ agenda that every country ought to embrace, along with gender equality, abortion and the green economy.”

In the meantime, Zelensky has been hailed as an LGBT hero since his election in 2019. Last year he signed a joint statement with Joe Biden pledging to “fight… discrimination against the LGBTQI+ community,” and in August he asked his government’s prime minister to investigate the possibility of recognizing same-sex relationships despite the nation’s constitution defining marriage as a voluntary bond between one man and one woman.

In his September 30 speech commemorating the accession of four break-away regions of Ukraine into the Russian Federation, Vladimir Putin charged the West with completely moving “to the radical denial of moral, religious, and family values.”

“Do we want to have here, in our country, in Russia, ‘parent number one, parent number two and parent number three’ (they have completely lost it!) instead of mother and father?” the Russian president asked. “Do we want our schools to impose on our children, from their earliest days in school, perversions that lead to degradation and extinction? Do we want to drum into their heads the ideas that certain other genders exist along with women and men and to offer them gender reassignment surgery? Is that what we want for our country and our children? This is all unacceptable to us. We have a different future of our own.”

In addition to heartbreaking stories emerging of young people who have been “transitioned” to imitate the opposite gender, describing their experiences as a “total disaster” which they instantly regretted and that “almost killed” them, homosexual life expectancy has been shown to be as much as twenty years shorter than heterosexuals likely due to higher rates of substance abuse, depression, cancer, STDs, and suicide.

Furthermore, domestic violence in LGBT relationships has been shown to be two to eight times higher than such incidents in heterosexual relationships.

How much does the LGBT agenda have to do with the conflict in Ukraine?

No room for ‘inclusion’: Homosexuality and transgenderism are sins against nature itself