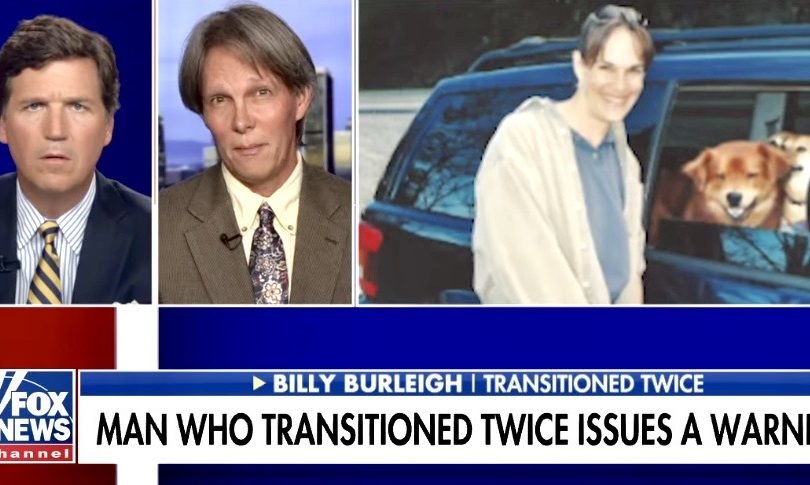 WASHINGTON, D.C., May 26, 2021 (LifeSiteNews) – Fox News host Tucker Carlson pointed out the horrific nature of the sex-change medical treatments that many children today are being pushed to undergo while little or no consideration is being given to the often monstrous life-long physical, mental, and emotional consequences inflicted on their young lives.

“Just about a decade ago, gender dysphoria was a fairly short entry in abnormal psychology textbooks. It was a condition so obscure that most people had never heard of it. That’s changed,” noted Carlson. “If you’ve got children in school you know how common that disorder has become.”

Carlson praised the CBS news show, 60 Minutes, for its recent investigation into the burgeoning sex-change industry, revealing that children who show any signs of gender dysphoria are too quickly being referred by therapists to doctors who prescribe powerful opposite-sex hormones, sometimes leading to the mutilation or permanent removal of their sex organs.

“I can't believe that I transitioned and detransitioned, including hormones and surgery, in the course of, like, less than one year. It's completely crazy,” one young woman told interviewer Leslie Stahl.

A young man told Stahl that he similarly went from taking hormones to getting his testicles removed within just three months. Then after breast augmentation surgery, he was so unhappy he wanted to kill himself, so he ‘detransitioned,’ hoping to recover as much of his life as possible.

“We rarely talk about the details of any of it. ‘It’s all good,’ we’re told. It’s part of a vital long overdue process of personal liberation and if you stand in the way or ask too many questions you are evil,” explained Carlson. Yet “if you ask questions about the wisdom of gender reassignment surgery, you’ll be accused immediately of pushing the vulnerable toward self-harm. But in fact, there’s quite a bit of evidence of the opposite. Gender reassignment surgery and chemical castration cause depression and exacerbate mental illness.”

“In a 2016 document called the Proposed Decision Memo for Gender Dysphoria and Gender Reassignment Surgery, Obama officials concluded that:

Based on a thorough review of the clinical evidence available at this time, there is not enough evidence to determine whether gender reassignment surgery improves health outcomes for Medicare beneficiaries with gender dysphoria.

“Why wasn’t there enough evidence? The Obama administration found that many sex change patients were quote, 'lost to follow-up.' Why is that? Many of those patients apparently had killed themselves,” suggested Carson.

Horrific: Everything was a lie

Billy Burleigh, a man who transitioned to female before reverting to male seven years later, said that he experienced gender dysphoria as a child and sought the help of a gender therapist while in college.

He spent five years in therapy, and after doing his own research, concluded, “I had to transform my body to match my mind for me to be happy.”

Burleigh described the gruesome details of his attempted medical transformation:

The first surgery I went through was a male-to-female surgery where they did a penile inversion and also a brow shave and an Adam’s apple shave. That surgery was horrific.

Coming out of that surgery I had a significant amount of bleeding and they tried to control the bleeding  by shoving more gauze into my new man-made female genitalia and putting a sandbag on my abdomen.  My two-week stay in the hospital turned into a three-week stay because of that. So my experience was really bad.

Along the way, I tried to do more surgeries to get the connection between my mind and my body to eventually connect, and it never did happen. All that I read, everything that I learned was a lie. And I eventually transitioned back to male.

“I did everything the books, the therapists, the medical community told me I needed to do to find happiness. I didn’t find it. I found depression,” recounted Burleigh, who found himself becoming suicidal. “So I called out to God and asked Him to help and gave my life, gave all of me and my problems to Him, and He helped me. He helped me find my way back.”

Burleigh echoed the young men and women in the 60 Minutes report who said they had been ‘blindly affirmed’ by their therapists and doctors.

“The therapist failed me because I didn’t need gender affirmation,” said Burleigh. “I needed to dig down to the root of my problems that I had when I was a kid. As a kid, I had a speech impediment, I was really skinny, I had a learning disability, I really didn’t fit in with the boys, at all,” and so as a young person he concluded that “God made a mistake, I was a girl.”

When he went through therapy, the therapist didn’t investigate why he felt neither secure nor significant nor accepted as a kid. “They proceeded to affirm that I had gender dysphoria because that’s what I was telling them. And I was convinced of it. And so they didn’t dive into the issues, the root cause, and help me to figure out what was going on and to overcome my issues.”

“The road I went down was really, really bad,” lamented Burleigh.

Carlson also wondered at what age do parents have to respect their kids’ personal decision to undergo medical procedures like chemical castration.

“Last year, Joe Biden answered that question,” said Carlson. “He suggested that children as young as eight can change their sex.”

“You’ve got to wonder if the geniuses behind the current revolution have thought through the consequences of it,” said Carlson, who went on to point out the utter futility and vanity of what the sex-change change industry is selling:

Let’s say you start telling the entire population, starting in preschool, that if you don’t like the sex you were born with you can change it: ‘You were a boy, now you’re a girl, all you have to do is say so.’ When you tell people that, what are you really saying?

You’re telling them they’re God. They’re omnipotent, with the power to alter the most profound physical realities purely by wishing it so. If you say that enough a lot of people are going to believe you, so you shouldn’t be surprised when they don’t stop with gender transitioning.