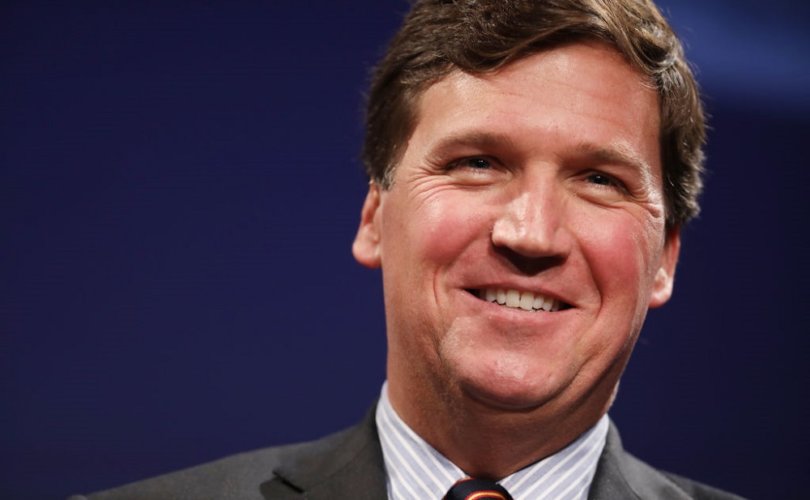 The “2SLGBTQI+ Action Plan” will cost Canadians tens of millions of dollars, and according to the CBC, at least 10 million of those dollars will be headed outside Canada to promote homosexualism in other countries.

“The Canadian economy is in deep trouble,” he added.

“Thankfully, they [Canadians] have got Justin Trudeau on the scene,” he quipped, “and he’s got a plan… he’s gonna deal with Canada’s biggest problem, and that of course is two-spirit Eskimos; they’re facing a lot of discrimination.”

Carlson played a clip of Trudeau stumbling over his words trying to pronounce the 2SLGBTQI+ acronym during the federal election campaign last year and then introduced his guest Gad Saad, a Canadian professor and political commentator.

Saad told Carlson that the intended goal of Trudeau’s new action plan is to promote acceptance of sexually irregular lifestyles because there have been violent crimes committed against people who say they are members of the LGBT “community.”

The professor doesn’t believe the program will quell any threats of violence; in his opinion, Trudeau’s actions create a more intolerant society.

“If Justin Trudeau wanted to create a more tolerant and a more safe society… he can strengthen the ethos of absolute free speech in Canada, so that people can speak openly about hot button issues without fearing for their careers, let alone their lives,” he said.

Carlson ended the segment about the new Liberal Party initiative by saying: “Can’t speak to the two spirits cause I don’t think anybody knows what a two spirit is, but you know they’re always welcome on our show.”

READ: Trudeau gov’t to give $100 million to LGBT groups across Canada