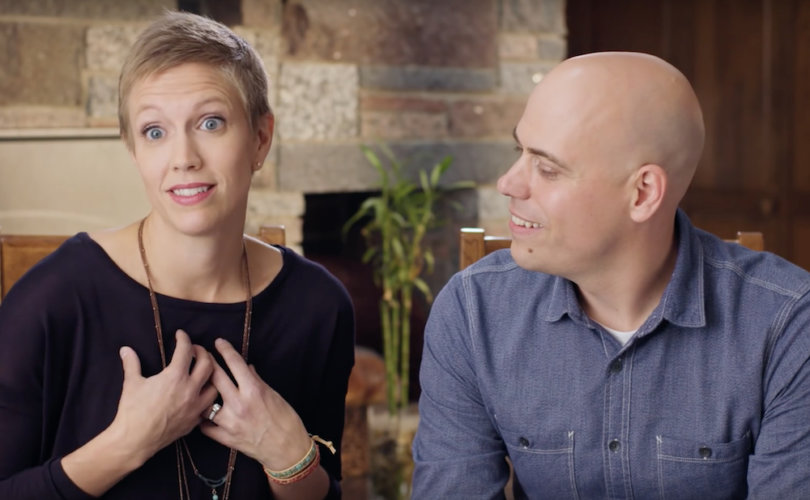 MINNEAPOLIS, Minnesota, September 21, 2017 (LifeSiteNews) – A federal judge has shot down a ‘pre-enforcement challenge” to Minnesota’s law that denies the right of Christian businesses and professionals to decline providing wedding services to gay couples.

But Chief District Judge John Tunheim disagreed with that principle in his lengthy 63-page ruling.

The judge said turning away gay and lesbian couples is “conduct akin to a ‘White Applicants Only’ sign.”

Carl and Angel Larsen, owners of Telescope Media Group that has a clearly stated Christian mission, wanted to extend their company’s services to include wedding videography. But before doing so, they wanted to make sure they would not be placing their livelihood in jeopardy if they chose not to record same-sex “marriage” celebrations.

So in November 2016, the Larsens filed a preemptive lawsuit challenging the state’s law, seeking a preliminary injunction and hoping to avoid future legal action by the state.

Alliance Defending Freedom attorney John Tedesco said the situation Carl and Angel face is “Minnesota Human Rights Department (MHRA) has said that state law requires them to create films celebrating same-sex marriages if they create films celebrating marriages between a  man and a woman.” He added, “And that’s something that violates Carl’s and Angel’s beliefs. They can’t tell those stories.”

The state’s Human Rights Department has made it clear that it intends to aggressively enforce the law, which includes penalties of up to $25,000 and 90 days in jail.

Now the Larsens may chose not to expand their business because it would expose them to too much legal risk.

The big picture: Freedom from government coercion is at stake

Currently, Minnesota law doesn’t require organizations deemed “religious” to perform “gay weddings.” However, the same does not hold true for “individuals, nonprofits or secular business activities of religious entities,” for whom it is illegal to deny wedding services to same-sex couples.

“The right to be free from compelled speech is a right everybody benefits from,” Tedesco said.

“People can be for same-sex marriage and at the same time support our clients’ right to create films consistent with their beliefs about marriage,” Tedesco asserted. “When we allow the government to have the power to compel Carl and Angel Larsen to create and promote expression that violates their beliefs there is no limit on that power.”

“I feel that Telescope Media was created for such a time as this,” Angel Larsen said. “I never anticipated that it would come to this point, but when we go forward, I just look and I think: I want to help my children preserve their religious freedom. And if I don’t do something now, I’ll look back and totally regret it.”

Husband Carl added, “We have a unique opportunity as a business, the way we’re structured, the way we live our lives, to make sure everyone is free … I want everyone to be free to create, to express themselves in a way that is consistent with their beliefs.”

The Alliance Defending Freedom will appeal the judge’s ruling. “Tolerance is a two-way street. Creative professionals who engage in the expression of ideas shouldn’t be threatened with fines and jail simply for having a particular point of view about marriage that the government may not favor,” ADF attorney Jeremy Tedesco in a statement reacting to the court’s decision. “Public officials can’t censor filmmakers or demand that they tell stories in film that violate their deepest convictions.”

“The bigger picture is we want to secure freedom for everyone,” Tedesco said earlier.  “Everyone, regardless of whether religious or not, has the right to be free from the government coercing them to say things they don’t want to say. It’s not a right that’s going to be unique to our clients. It a right that’s unique to the American experience.  And if we win this case, we win it for everyone.”