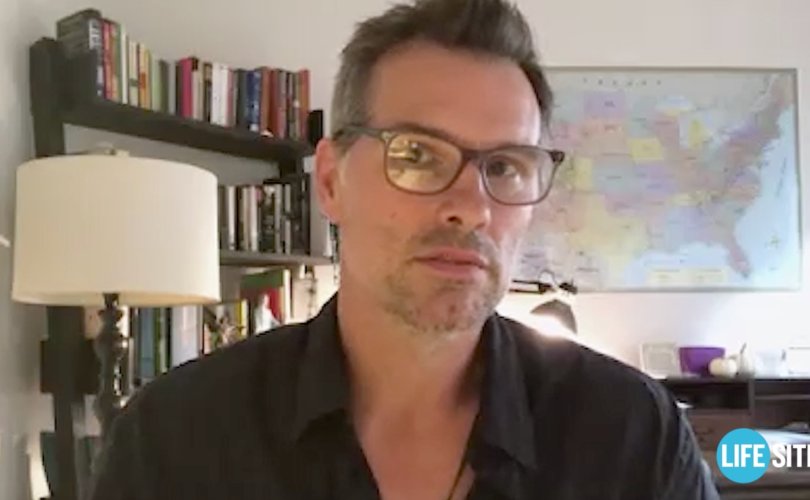 (LifeSiteNews) — TV star Austin Peck revealed that before becoming a traditional Catholic, “I realized I was a hedonist. I lived for pleasure,” but “truth led me to Christ, to the Catholic Church, [and] to the traditional form.”

In an interview with LifeSite’s John-Henry Westen — to be released Monday — the actor who over the years has been a regular fixture on As the World Turns and One Life to Live talked about what it’s like to have strong convictions concerning protecting the rights of the unborn and standing up to COVID tyranny in the very pro-abortion, COVID-fear-peddling environment of Hollywood.

“The only thing they have is name-calling ‘You’re a man. You’re a bigot.’”

“What is abortion but modern-day sacrifice to Molech or Ba’al?” asked Peck. “I mean, those demons still exist.”

The Hollywood actor talked about abuse by duplicitous politicians engaging in fearmongering regarding mask mandates, and how hard it is to dissuade others from their irrational fears.

Watch for this riveting LifeSiteNews interview on Monday, October 11.