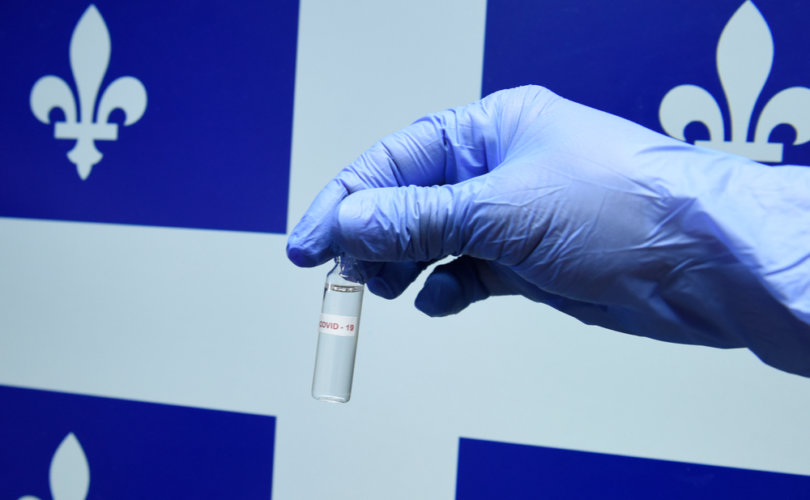 In another step towards totalitarian control, Quebec’s Health Minister Christian Dubé announced last week that the province’s vaccine passport system needs citizens to receive a third dose of the experimental COVID-19 injections for full access to society as early as late February.

“We have put this tool in place; it has worked from last fall, from last summer, to a couple of weeks ago before we got hit by this tsunami [of so-called omicron cases],” stated Dubé last Thursday during a press conference.

“We’re going to be ready to use this passport over the next year or so — and that’s the reason I’m warning people today that the third dose will be adjusted for the passport, and we’d better be ready for that,” the minister warned.

While not specifying a date, Dubé informed Quebecers that because the booster dose will be available to all residents from January 21, they can expect the government to decide by late February that they have had enough time to get it. The change to the passport will then take effect.

During the same announcement, Dubé declared that, effective January 18, the scope of the vaccine passport will expand from non-essential venues such as bars, restaurants, movie theaters, and sport and music venues to include liquor stores and marijuana shops.

In effect, Dubé’s mystifying position is that Quebeckers must be vaccinated against COVID-19 before they can engage in alcohol consumption and drug use.

“If the unvaccinated aren’t happy with this situation, there is a very simple solution at your disposal,” the minister said. “It is to get vaccinated. It’s free.”

“By limiting the places they can go, we’re limiting their contacts,” Dubé added, admitting his desire is to control the movement of his citizens. “If you don’t want to get vaccinated, stay home.”

— Article continues below Petition —
PETITION: The Supreme Court MUST Block Biden's Vaccine Mandates!
Show Petition Text
24940 have signed the petition.
Let's get to 25000!
Thank you for signing this petition!
Add your signature:
Show Petition Text

Regardless of Quebec’s desire to discriminate against the unvaccinated, coronavirus vaccine trials have never produced evidence that the jabs stop infection or transmission. Now scientists do not even claim they reduce hospitalization; the measurement of success is in preventing severe symptoms of COVID-19 disease. There is strong evidence that the “vaccinated” are just as likely to carry and transmit the virus as the unvaccinated.

Further emphasizing the incompetence and failure of Quebec’s leadership throughout the so-called pandemic is the fact that, despite having exceedingly high vaccination rates, a stringent QR-code based vaccine passport, and nearly two years of required masking in indoor settings, the province has never had more COVID cases than in the last few weeks.

The push to vaccinate most of the world’s population to prevent serious disease for those who are not at risk to begin with – the CDC reports an infection survival rate of greater than 99.95% for those under age 50 — adds to the skepticism surrounding the increased push for COVID booster shots. Meanwhile the list of FDA-recognized adverse events has grown from severe anaphylactic reactions to include fatal thrombotic events, the inflammatory heart condition myocarditis, and neurologically disabling disease like Guillain Barré Syndrome, as well as thousands of recorded deaths and permanent disabilities.

Warning against the use of the novel mRNA injections, and especially booster shots, Canadian doctor and board-certified medical microbiologist Michael Palmer told LifeSiteNews in October, “There is just no way that any competent medical scientist who makes an honest effort to himself could not see that these vaccines – in particular the mRNA vaccines, which are touted as ‘the safe choice’ – will cause grave harm, and with a sufficient number of cumulative doses certain death.”