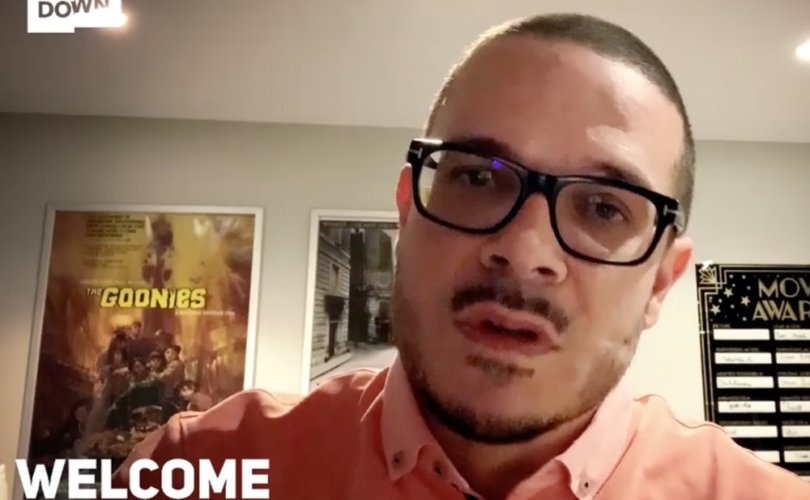 Shaun KingShaun King / The Break Down

August 27, 2020 (LifeSiteNews) – Twitter is refusing to take action against far-left Black Lives Matter (BLM) activist Shaun King for threatening to publicize the names of Kenosha, Wisconsin police officers on the possibility that they could have been the one who shot Jacob Blake during a criminal encounter that sparked another round of race-based riots across the United States.

Last weekend, viral video (WARNING: strong language and disturbing imagery) emerged of a confrontation between Blake and two police officers outside of a house. Following an obscured interaction behind Blake’s car, Blake can be seen walking around the vehicle as the officers follow, guns trained on him, amid shouting. As Blake opens the driver’s side door and reaches inside, an officer can be seen grabbing his shirt, then shooting him in the back several times. A second video from a different angle shows Blake and the officers struggling on the other side of the vehicle prior to the shooting.

Police scanner audio and the Wisconsin Department of Justice later revealed that police were responding to a call by Blake’s ex-girlfriend, who wanted him off her property. The confrontation turned physical, and Blake, who had an outstanding arrest warrant on three separate charges, went for his car door after a Taser failed to subdue him. The DOJ also confirmed that Blake had a knife on his driver’s side floorboard.

Blake is still alive, but expected to be paralyzed for life. The officer who shot him, Rusten Sheskey, has been placed on administrative leave pending the results of an investigation into the incident, as have all other officers on the scene.

The day before investigators released Sheskey’s name, King threatened the Kenosha Police Department with an ultimatum: “If you do not name the officer who brutally shot Jacob Blake on Sunday, we will simply begin naming officers from your department who may or may not be him.”

To the Kenosha Police Department,

If you do not name the officer who brutally shot Jacob Blake on Sunday, we will simply begin naming officers from your department who may or may not be him.

Your protection of his identity is unethical.

Many conservatives denounced King’s tweet, yet the BLM activist showed no remorse, claiming he “literally did not dox a single person,” denying that officers not involved in the shooting should be considered “innocent,” and falsely claiming the suicide of a man he falsely accused of murdering a black child “never happened.”

While the tweet itself does not technically violate Twitter’s policy against sharing “private information” (because police officers’ names are a matter of public record), Twitter also claims to forbid “engag(ing) in the targeted harassment of someone, or incit(ing) other people to do so.” BLM has a history of harassing the general public and violence against police.

This is not the first time Twitter has excused doxxing or doxxing-like behavior from left-wing users. Last year, Canadian free speech activist Lindsay Shepherd called out the social network for giving a pass to radical trans activist Jonathan “Jessica” Yaniv allegedly leaking the personal address of one of his critics, American YouTuber Blaire White.

King himself is best known for claiming to be half-black despite both parents on his birth certificate being listed as white. Earlier this summer, he called on BLM activists to destroy statues, murals, and stained-glass windows depicting Jesus as white because they are supposedly tools of “white supremacy,” and “oppression.”