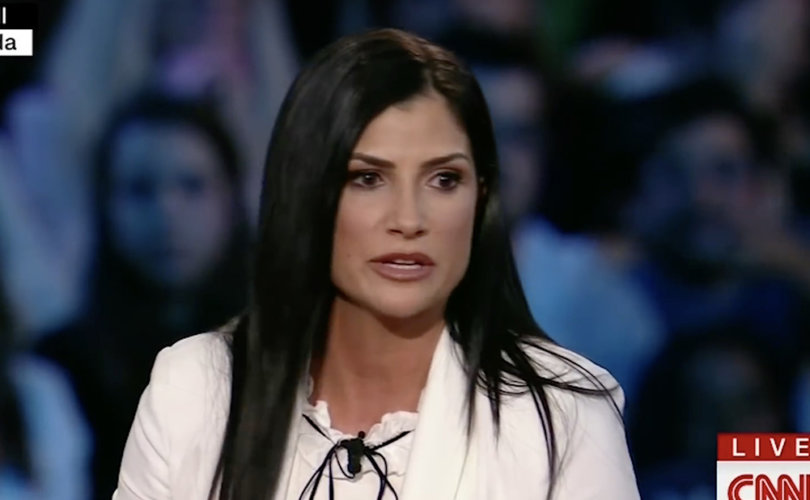 Loesch, a former Breitbart and The Blaze pundit who currently works as a spokeswoman for the National Rifle Association (NRA), shared a pair of screenshots Sunday evening. The first showed a tweet in which a user argued that if Loesch “has to have her children murdered before she’ll understand” gun control, “I guess that’s what needs to happen.”

The second contained a reply email in which Twitter claimed to have “reviewed your report carefully” yet concluded “there was no violation of the Twitter rules.” Loesch and her husband Chris did not share the complete reply, but the bottom of the screenshot suggests that “context matters.”

Apparently this doesn’t violate @TwitterSupport TOS. I know several conservatives who have been suspended for far less. cc @jack pic.twitter.com/xwKVFxtx8x

However, the link in Twitter’s reply expressly states that users may not “wish for the serious physical harm, death, or disease of an individual or group of people.”

“I just wish Twitter would treat users consistently across the board,” she lamented.

After several hours’ worth of tweets, complaints, and media reports about the incident, Loesch followed up with a tweet Monday afternoon revealing that the company had reversed course:

“We have re-reviewed the account you reported and have locked it because we found it to be in violation of the Twitter Rules,” the new statement reads. “If the account owner complies with our requested actions and stated policies, the account will be unlocked.”

The news follows numerous instances of Twitter and other social media companies blocking and restricting the accounts of non-violent, non-hateful conservative figures. Earlier in August, Twitter was much more willing to crack down on the “violence” of an ad about California GOP congressional candidate Elizabeth Heng’s life story, which featured non-graphic archival footage of human rights abuses in Cambodia.

The social media company called the ad “obscene” in multiple emails, but backed down following media coverage of the incident.

Twitter CEO Jack Dorsey “continues to talk a good game, bashfully admitting the inherent leftward views of his entire company while feigning shock and disappointment that anyone would think even for a moment that he would let those biases show up in their content suppression policies,” Hot Air’s Jazz Shaw wrote Monday. “This is one more example which puts the lie to these company pronouncements. Pull the other one, Jack. It’s got bells on it.”