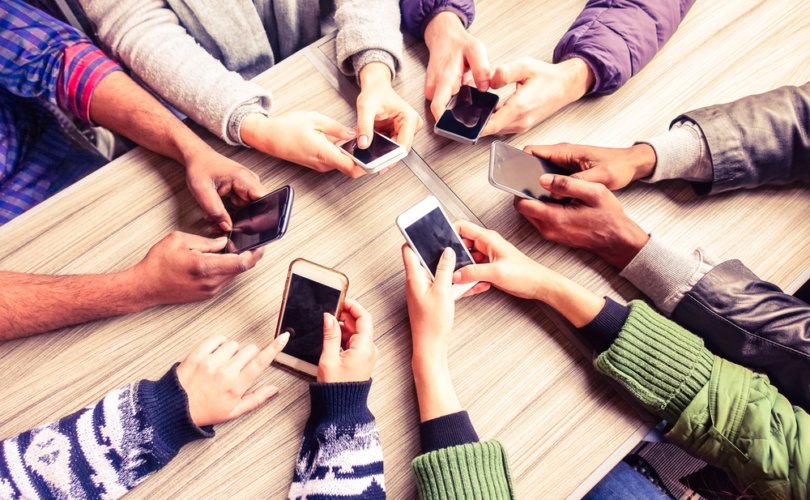 July 10, 2020 (LifeSiteNews) — As relations between Twitter and its conservative users continue to deteriorate, a new conservative-friendly alternative is gaining steam with its stated devotion to true freedom of speech.

Founded by John Matze and Jared Thomson, Parler bills itself as a “non-biased free speech driven entity that “accepts your right to express your thoughts, opinions and ideals online.” Whereas Twitter and Facebook have steadily adopted and expanded roles as adjudicators of “productive” versus “hateful” or “misleading” speech, Parler says it “aims to empower users to control their social experience. Users can be responsible to engage content as they see fit.”

The platform was launched in 2018 but didn’t hit it big until this summer. In the wake of Twitter taking the unprecedented step last month of flagging tweets by President Donald Trump as deceptive and threatening, a steady flow of prominent conservative pundits, politicians, and publications — including Sen. Ted Cruz (R-Texas), Trump 2020 campaign manager Brad Parscale, and LifeSiteNews — announced the creation of Parler accounts in addition to their pre-existing presences on Facebook and Twitter.

On July 27, CNBC reported that Parler had surpassed both Twitter and Reddit to become the top-rated news-related iPhone app, adding half a million users in the span of just one week.

Despite the platform’s obvious appeal to conservatives, Matze says he hopes it attracts more left-of-center users in the long term and becomes a true forum for genuine debate and disagreement — so much so that the company is offering a $20,000 “progressive bounty” for a left-wing pundit with 50,000 Twitter or Facebook followers to open a Parler account, with the sum ultimately going to the pundit who generates the most engagement on Parler.

In the meantime, its public perception is firmly associated with the political right, leading to some inevitable criticism from not just the left, but also libertarian defenders of Big Tech.

Liberal websites soon began spreading claims of being banned from Parler, albeit without investigating why. Others began highlighting alarming provisions in the site’s Terms of Service, namely a passage claiming the right to charge users for any legal fees associated with claims “arising from or relating to your access to or use of the Service.”

Conservative Partnership Institute senior adviser Rachel Bovard addressed Parler’s naysayers at length in a piece at American Greatness, noting the irony of those who “have told unhappy users to just ‘build their own platform’” reacting with such vitriol to someone who “finally did.”

After noting that Parler says it is revising its “somewhat extreme” Terms of Service, Bovard lamented the “weird brand of free marketer who so earnestly wishes for the free market alternatives to spectacularly fail.”

“The question isn’t if these companies have a right to engage in content moderation. They obviously do,” she explains. “Rather, the question at the root of much of our policy debate is how that power is being weaponized at scale, the consequences of it, and if this power has become so unaccountable that Sundar Pichai, Mark Zuckerberg, and Jack Dorsey are effectively deciding the terms of our national political debate — and even worse, the terms of what constitutes ‘appropriate thought.’”

In light of these concerns, one might expect figures such as the Koch Institute’s Casey Mattox, Reason’s Elizabeth Nolan Brown, and The Dispatch’s David French to welcome a competitor more open to the dissemination of center-right thought. So, Bovard concludes, “it’s a bit rich for the ‘free enterprise’ crowd’s first response to a surge toward a Twitter alternative to be so publicly negative, nasty, dismissive, and crude.”