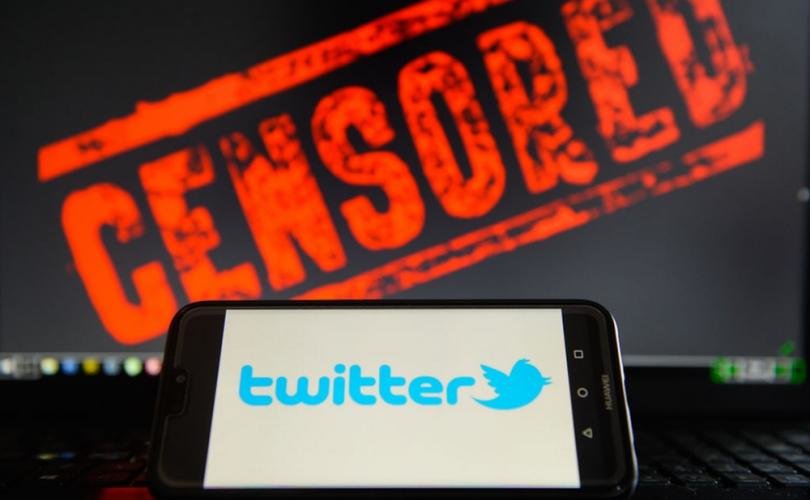 Project Veritas president James O’Keefe explained the situation via Twitter on Monday, starting with footage from a 15-second ad that Twitter approved just weeks ago. The ad, which solicits applicants to work as undercover journalists, simply asks, “Go undercover? Wear a camera? Put on a wire? Do you have what it takes?”

However, days ago, Veritas received an email revealing the ad had been rejected for “inappropriate language.” The email identified nothing objectionable in the ad itself, but came with a link to a different two-year-old video that shows Twitter Trust & Safety policy manager Olinda Hassan saying “we’re trying to get the shitty people to not show up,” and contains former Twitter software engineer Abhinav Vadrevu admitting, “our strategy is to shadow ban so that you have ultimate control.”

Shadow-banning refers to the practice of preventing a user’s content from appearing in other users’ feeds, but giving the target no indication that his account has been flagged, restricted, or otherwise affected. Last year, Twitter came under fire over revelations that numerous prominent Republicans had been excluded from its drop-down menu meant to simplify searching for specific people (with the victims’ Democratic counterparts not being similarly affected).

“So you guessed it: a tweet about Twitter shadow-bans is the thing in the hundreds of videos that we’ve done, that Twitter is considering the reason why we shouldn’t be approved for Twitter Ads,” O’Keefe said, noting that the video has been quoted as evidence in Congressional hearings about social media bias.

O’Keefe then displayed a follow-up email from Twitter informing Veritas that the group had been deemed “ineligible to participate in Twitter Ads” entirely, on the basis of unspecified “inappropriate content.”

The incident is only the latest in a long series of examples fueling conservative suspicion of Twitter’s motives. The company defines “misgendering” someone as “hateful conduct,” yet has let stand violent and hateful tweets directed at conservatives. There has been a long series of bans and suspensions affecting non-violent, non-hateful, non-obscene tweets from right-of-center perspectives (including LifeSiteNews), and Twitter insiders have admitted to intentionally targeting conservative accounts and topics.

O’Keefe expressed confidence that Twitter’s apparent attempt to undermine Project Veritas would ultimately backfire. “So Twitter thinks they’re going to stop people from applying to work here, stop us from advertising, but this is all gonna blow up in their face and even more people are gonna apply,” he predicted.

Project Veritas’ undercover investigations have caught people within numerous organizations admitting to unflattering views or incriminating actions, or contradicting the public statements from those organizations. Past subjects include Google, CNN, ABC News, and the campaign office of Sen. Claire McCaskill (D-Missouri).