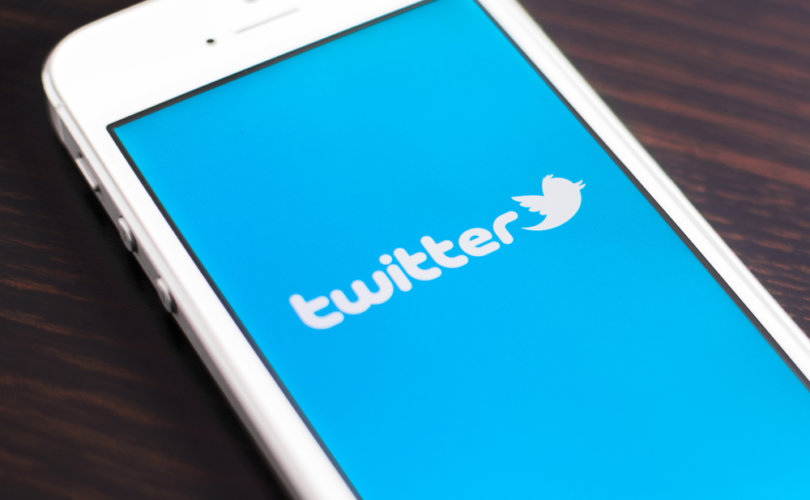 May 12, 2020 (LifeSiteNews) – Social media giant Twitter announced that it began to attach warning labels to “some tweets containing disputed or misleading information” in the context of the coronavirus pandemic.

“In serving the public conversation, our goal is to make it easy to find credible information on Twitter and to limit the spread of potentially harmful and misleading content,” Twitter said in a statement on Monday. The company introduced “new labels and warning messages that will provide additional context and information.”

Twitter indicated that in the future, “we may use these labels and warning messages to provide additional explanations or clarifications in situations where the risks of harm associated with a tweet are less severe but where people may still be confused or misled by the content.”

The warning labels will send users either to a website curated directly by Twitter and containing more information on whatever the subject of the Tweet was, or to an “external trusted source.”

In certain cases, Twitter might not even show a “harmful and misleading” tweet to users. Instead, it will display a message similar to those warning of potentially “sensitive material.”

“Some or all of the content shared in this tweet conflicts with guidance from public health experts regarding COVID-19,” the new warning message reads. Twitter users can still view the tweet, or they can choose to move along to a “trusted source.”

Severe misleading information, which is described as “statements or assertions that have been confirmed to be false or misleading by subject-matter experts, such as public health authorities,” is even removed by Twitter.

Information “which could be true or false” and is not yet confirmed remains without any warning labels, for now. Nonetheless, Twitter already said the company “will continue to introduce new labels to provide context around different types of unverified claims and rumors as needed.”

The social media giant remained vague on who determines whether a tweet is trustworthy.

Brit Hume, senior political analyst for Fox News, pointed out that within the past few months a lot of the information provided to the public on COVID-19 has changed.

He asked, “Will the ‘disputed’ tweets include the authorities telling us not to wear masks and then telling us we must wear them? Or tweets involving the wildly off-base model projections? How about China’s claims the virus did not escape from one of their labs?”

Will the “disputed” tweets include the authorities telling us not to wear masks and then telling us we must wear them? Or tweets involving the wildly off-base model projections? How about China’s claims the virus did not escape from one of their labs? https://t.co/SUAsiEjoGb

Twitter is not the only tech company implementing these kinds of measures.

On April 19, Susan Wojcicki, the CEO of YouTube, announced that all content contradicting the Word Health Organization (WHO) on the coronavirus pandemic would be removed from the video streaming platform.

“We also talk about removing information that is problematic,” she said. “Of course, anything that is medically unsubstantiated. So people saying, like, take vitamin C, you know, take turmeric, like, those are – will cure you. Those are the examples of things that would be a violation of our policy.”

She then specified that any content going “against World Health Organization recommendations would be a violation of our policy. And so remove is another really important part of our policy.”

Facebook also introduced an international Oversight Board packed with leftists and those with ties to globalist George Soros, wielding massive power to judge what is acceptable free speech.

The Oversight Board was created to “help Facebook answer some of the most difficult questions around freedom of expression online: what to take down, what to leave up, and why.”

“We are working closely together on COVID-19 response efforts,” the tech giants wrote. “We’re helping millions of people stay connected while also jointly combating fraud and misinformation about the virus, elevating authoritative content on our platforms, and sharing critical updates in coordination with government healthcare agencies around the world.”