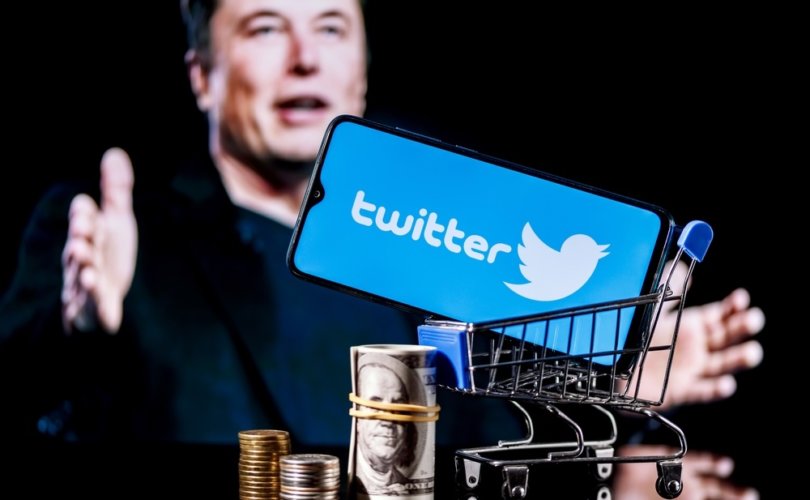 SAN FRANCISCO, California (LifeSiteNews) — Twitter’s board of directors has unanimously advised its stockholders to approve free-speech proponent Elon Musk’s offer to purchase the social media platform for $44 billion, according to a Tuesday Securities and Exchange Commission (SEC) filing.

Twitter’s shareholders will still need to vote on the deal, Newsmax noted.

The New York Post reported that the board’s decision puts Musk “one step closer to completing his $44 billion takeover of Twitter”, which has faced serious pushback from free speech advocates over the years for cracking down on disfavored political speech on topics including the COVID-19 debate, election integrity, and transgenderism.

Musk, a self-described “free speech absolutist” and founder of Tesla and SpaceX, has made no secret of his plans to expand free speech on Twitter.

In a June 14 tweet, Musk, who said he plans to vote Republican in the 2022 midterms and recently tipped his hat to Florida Republican Gov. Ron DeSantis as a promising presidential candidate for 2024, argued that a “platform cannot be considered inclusive or fair if it is biased against half the country.”

In an all-hands meeting with Twitter staff last week, the world’s richest man explained that he’s in favor of “allowing people who have relatively extreme views to express those views within the bounds of the law,” adding that a proper ideological balance of Twitter would see the extreme left and extreme right equally discontented.

While the Tuesday filing indicates Musk is nearing acquisition of Twitter, Fox News pointed out that during an interview at the Qatar Economic Forum Tuesday, Musk said that shareholder approval was just one of three “unresolved matters” that currently blocks the deal from going through.

According to Fox, Musk is also awaiting debt financing from Morgan Stanley Senior Funding Inc. and other institutions, as well as a resolution regarding the number of fake and spam accounts which make up Twitter’s daily traffic.

Last month, Musk had put the multibillion dollar offer on hold pending investigation into the true number of fake accounts on the platform. While Twitter had stated its percentage of spam accounts is roughly 5%, some researchers put that number much higher, at 9-15%, according to Reuters. Last month, Musk stated he believes the number is at least 20%.

20% fake/spam accounts, while 4 times what Twitter claims, could be *much* higher.

My offer was based on Twitter’s SEC filings being accurate.

This deal cannot move forward until he does.

Musk’s deal to purchase Twitter has undergone a series of negotiations and roadblocks since the billionaire first offered to buy the company in April after becoming Twitter’s largest shareholder earlier the same month.

Prior to agreeing to sell to Musk, Twitter had attempted to buck the Tesla CEO’s unsolicited offer, unsuccessfully opting to use a “poison pill” tactic in a bid to shake off the hostile takeover, LifeSiteNews reported.