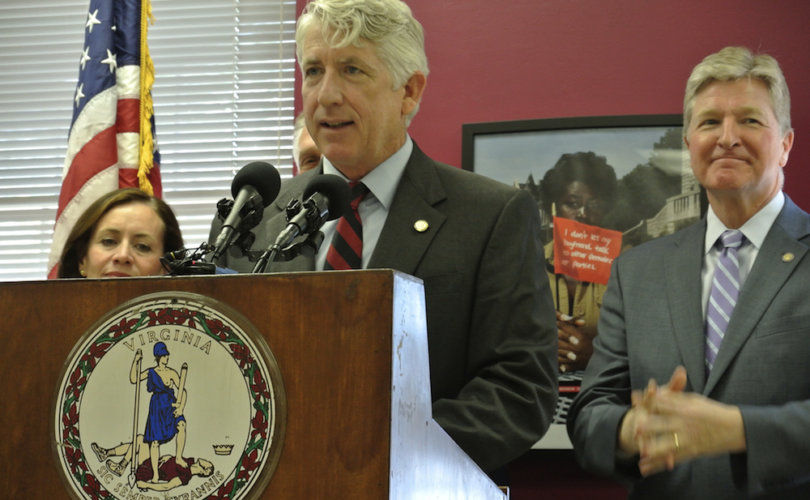 The ad accurately described Herring as a “pro-abortion radical” who supports taxpayer-funded abortions, late-term abortions, and abortions on minors without parental consent.

“It seems to us that Twitter should be less offended about what we're saying about abortion, than what the Abortion Industry is actually doing to unborn babies,” Marjorie Dannenfelser, president of the Susan B. Anthony List, wrote in an email to supporters.

Abortionists and abortion workers themselves admit that what they do is “killing” and “violence” and that late-term abortion “euthanizes” a baby who is then delivered dead.

Twitter has come under fire from pro-life advocates and conservatives this year due to a pattern of censoring pro-life messages.

Blackburn’s statement, “I fought Planned Parenthood and we stopped the sale of baby body parts” was “an inflammatory statement that is likely to evoke a strong negative reaction,” according to Twitter.

Several days later after much backlash, Twitter reversed its decision.

On October 11, SBA List reached out to Twitter about their ad for the Virginia Attorney General race, wondering if Twitter would reverse its stance as it did for Blackburn.

“This Tweet is blocked due to its calling Jon Ossoff a 'pro-abortion extremist.' We permit standard political discourse on Twitter Ads, but characterizing a pro-choice political opponent in this manner is not permitted. 'Pro-abortion' would be allowed by itself in a political ad of this sort. The same standard would apply if an advertiser called someone an anti-choice/pro-life extremist.”

“A Day Without a Woman” was a campaign by the organizers of the pro-abortion Women’s March against President Trump. It asked women to skip work that day, only shop at small minority- or female-owned businesses, and wear red.

The image tweeted by Dannenfelser contained one of the saint’s famous quotes, “Abortion is profoundly anti-women. Three quarters of its victims are women: Half the babies and all the mothers.”

SBA List was also not allowed to promote tweets from Dannenfelser asking people to envision “a day without abortionists.”

There was nothing in the ad promoting a health or pharmaceutical product or service.

“In the 21st century, reaching people on platforms like Twitter is essential,” said Dannenfelser. “But unfortunately, many of these big tech companies are run by pro-abortion advocates who censor pro-life speech from their platforms.”