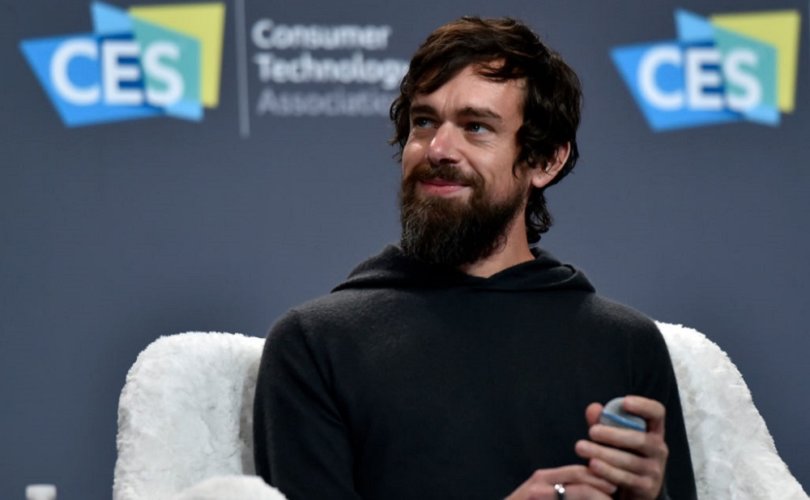 April 8, 2020 (LifeSiteNews) — Twitter co-founder and CEO Jack Dorsey pledged to give $1 billion of his own money “to fund global COVID-19 relief,” and to support a progressive political agenda, including promotion of population control.

“After we disarm this pandemic, the focus will shift to girl’s [sic] health and education, and UBI,” Dorsey announced on Twitter on April 7. UBI stands for Universal Basic Income.

In a follow-up tweet, Dorsey explained that UBI and girls’ health and education “represent the best long-term solutions to the existential problems facing the world. UBI is a great idea needing experimentation. Girl’s [sic] health and education is [sic] critical to balance.”

He then linked to a specific website of Project Drawdown. That website explicitly talks about “family planning” and “population growth.”

Educating girls, Project Drawdown states, “is one of the most powerful levers available for avoiding emissions by curbing population growth.” More educated women “have fewer and healthier children, and actively manage their reproductive health.”

Instead of celebrating greater opportunities for the intellectual life among girls and women, Project Drawdown speaks of “higher wages and greater upward mobility, contributing to economic growth.”

They also explained how the water supply is sufficient for everybody currently living on Earth. “In other words, we need more dams, canals, and pipelines, not more abortion, contraception and sterilizations,” Mosher and Morse wrote.

Regarding family planning, which is generally used as a euphemism for contraception and abortion, Project Drawdown says it “would have powerful positive impacts on the health, welfare, and life expectancy of both women and their children. It also can affect greenhouse gas emissions.”

According to the website, hundreds of millions of women “lack the necessary access to contraception.” It claims that family planning honors “the dignity of women and children.”

Project Drawdown’s self-proclaimed ultimate goal is not to support women, but “to help the world reach ‘Drawdown’ — the future point in time when levels of greenhouse gases in the atmosphere stop climbing and start to steadily decline.”

The progressive idea of a Universal Basic Income has been widely discredited. Arkadiusz Sieroń, an assistant professor of economics at the Institute of Economic Sciences at the University of Wrocław, Poland, used simple math to prove the impossibility of a UBI.

“Let us assume for simplicity that there are 250 million adult Americans and that each of them would receive $1,000 monthly[.] … So we get a total cost of $250 billion monthly and $3 trillion annually. It would amount to about 14 percent of US GDP, or 42 percent of total government spending, or 73 percent of the federal outlays,” Sieroń pointed out.

In early 2019, Jack Dorsey validated concerns that Twitter censors users on the basis of his own progressive political views, for instance by banning users who were “misgendering” others.

In fact, LifeSiteNews’s own Twitter account was silenced in December 2019 based on demands from Jonathan “Jessica” Yaniv, a radical transgender activist who objected to the website’s scrutiny of his public actions. To this day, LifeSite’s Twitter account has not been unlocked.

The public can track the organizations Jack Dorsey is going to give a part of his fortune via Google Sheets. As of today, only one donation of $100,000 to America’s Food Fund is listed.

The money will come from Dorsey’s shares not of Twitter, but of Square, a mobile payment company co-founded by him in 2009. In 2013, Square made headlines for banning sales of “firearms, firearm parts or hardware, and ammunition; or … weapons and other devices designed to cause physical injury.”