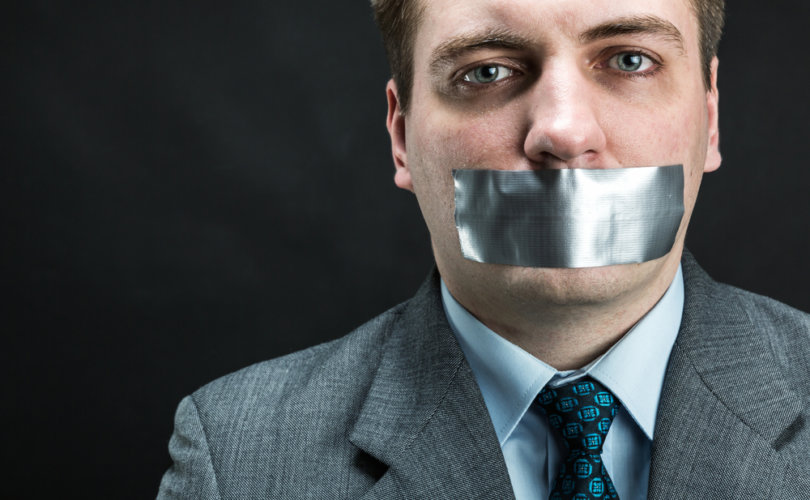 May 13, 2019 (LifeSiteNews) — Ray Blanchard may be a prominent, recognized authority on sexuality and mental illness, but that didn’t stop Twitter from labeling his expert opinion “hateful” over the weekend.

Blanchard is a professor of psychiatry at the University of Toronto, a researcher specializing in paraphilias, gender identity disorders, and sexual orientation, and was a member of the team that wrote the the fifth edition of the American Psychiatric Association (APA)’s Diagnostic and Statistical Manual of Mental Disorders (DSM-5).

On Saturday, Blanchard posted a Twitter thread laying out his views on gender confusion, the first of which read, “Transsexualism and milder forms of gender dysphoria are types of mental disorder.” He endorsed so-called sex change surgery for “carefully screened, adult patients, whose gender dysphoria has proven resistant to other forms of treatment” but opposed it for anyone younger than 21 who has not “lived for at least two years in the desired gender role.”

“The sex of a postoperative transsexual should be analogous to a legal fiction,” Blanchard also argued. “This legal fiction would apply to some things (e.g., sex designation on a driver’s license) but not to others (entering a sports competition as one’s adopted sex).”

Biological sex is rooted in an individual’s chromosomes and reflected by hundreds of genetic characteristics. Studies indicate that more than 80% of children experiencing gender dysphoria outgrow it on their own by late adolescence and that even full sex “reassignment” surgery often fails to resolve gender-confused individuals’ heightened tendency to engage in self-harm and suicide.

The next day, The Economist’s Helen Joyce shared a screenshot of a message Blanchard received from Twitter, notifying him that his account had been “locked for violating the Twitter Rules” against “hateful conduct.”

Ray Blanchard served on the gender dysphoria working group and chaired the paraphilia working group for DSM V. He is a world expert in the field. Twitter has just suspended his account for a thread setting out his findings from
A lifetime of research. Unreal pic.twitter.com/vgQCd4OzYs

“You may not promote violence against, threaten, or harass other people on the basis of … gender [or] gender identity,” the message read, accompanying Blanchard’s clinical opinion that forms of gender dysphoria constitute mental disorder.

New York Magazine’s Jesse Singal (who is pro-trans but insufficiently so for transgender activists) expressed alarm at the decision’s potential ramifications for open discussion of controversial issues in science and medicine:

2/ less faith that, as a journalist who often writes about science, I will be able to continue using Twitter without getting punished for communicating scientifiically accurate infromation. Twitter is making a terrible and embarrassing error here that it should fix.

4/This is how you get the most important outlet in the world running an extremely misleading column on testosterone, the ACLU arguing women can compete w/and beat men in competitive sports. etc.

6/ In conclusion , Twitter, PLEASE suspend me for accurately citing the DSM. I am begging you. It would give me the perfect excuse to stay off this site and I will have too much pride and ego to delete my accurate tweets.

Following an uproar against the decision, Twitter reversed the decision and apologized, as confirmed by Blanchard himself:

Twitter has unlocked my account and graciously apologized for their error. My sincere thanks to the people who expressed their concern during the past 24 hours. pic.twitter.com/fblijhdi5k

Blanchard is the latest in a long line of individuals and groups to find themselves restricted by the social media giant on false or vague grounds. Twitter has taken action against the Radiance Foundation, LifeSiteNews, Live Action, the Unplanned movie, Sen. Marsha Blackburn, conservative pundit Jesse Kelly, Peter LaBarbera, various Republican leaders and lawmakers, and more.

Twitter generally attempts to downplay such incidents as isolated errors in its content moderation system, but company insiders have admitted to intentionally targeting conservative accounts and topics. In recent months, Twitter went so far as to stake out an ideological position on transgenderism by defining “misgendering” and “deadnaming” gender-confused individuals as potentially warranting suspension.