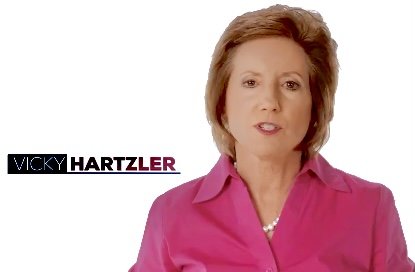 ST. LOUIS (LifeSiteNews) – A Republican congresswoman and senate candidate was suspended from Twitter after saying that women’s sports are for women.

“I ran and coached girls track, and I won’t look away while woke liberals destroy women’s sports,” Hartzler posted. “Women’s Sports are for Women, not men pretending to be women. Some people are afraid to talk about it, not me.”

I ran and coached girl’s track, and I won’t look away while woke liberals destroy women’s sports.

Women’s Sports are for Women, not men pretending to be women.

Some people are afraid to talk about it, not me. pic.twitter.com/mmwZFORJss

The post referenced a television ad for Hartzler’s senate campaign referring to Lia Thomas, a “transgender” woman that gained notoriety after swimming for the University of Pennsylvania. Thomas, whose birth name is William, quickly started dominating women’s swimming after switching from the men’s team to the women’s team.

Twitter suspended Hartzler claiming that the tweet contained “hateful conduct,” maintaining that users are not allowed to “promote violence” on the basis of “gender identity.”

“Vladimir Putin is a murderous psychopath who invaded a sovereign nation causing death and destruction, and is currently allowed to tweet,” Hartzler’s campaign said in a statement to FOX News. “Yet, Twitter believes the bigger threat is a senior member of the House Armed Services Committee saying women’s sports are for women. It’s shameful, utterly ridiculous, and a horrible abuse of censorship by big tech giants to stifle free speech.”

Michael Hafner, Hartzler’s campaign manager, tweeted that the suspension was the “height of stupidity” along with a screenshot of the email informing Hartzler of her suspension.

Height of stupidity reached today: @VickyHartzlerMO was BLOCKED from Twitter for saying “Women’s sports are for women.” #mosen pic.twitter.com/ILC5oADr6U

Terry Schillinger, president of the American Principles Project, commented that big tech was “once again ramping up their election interference on behalf of the woke left.”

“Rep. Hartzler’s message was a simple one: biological males should not be allowed to compete in women’s sports … Numerous polls have shown that her view is shared by a strong majority of Americans. And yet, because a few people at Twitter see this view as ‘hateful,’ Hartzler is now banned form one of the nation’s largest platforms, just as primaries start nationwide,” he concluded.

According to Hartzler’s campaign, she does not intend to delete the tweet, and the account remains suspended.

Twitter has suspended users in the past for pointing out that “transgender” women are really men. In January, Twitter suspended conservative commentator Matt Walsh for accurately pointing out the biological sex of several prominent “transgender” women, including Thomas. LifeSiteNews was locked out of two Twitter accounts in January 2021 for pointing out that Assistant Secretary of Health “Rachel” Levine was a man. LifeSite was previously locked out of its account since December 2019 for tweeting an article about transgender activist Jonathan Yaniv. The account was restored in October 2020.

Hartzler has served as a member of Congress since 2011. She announced her senate run after incumbent Republican Roy Blunt announced that he would not seek reelection. She is currently contending in the Missouri primary against former Missouri Gov. Eric Greitens and current Attorney General Eric Schmitt. She has been endorsed by Republican U.S. Sen. Josh Hawley of Missouri.