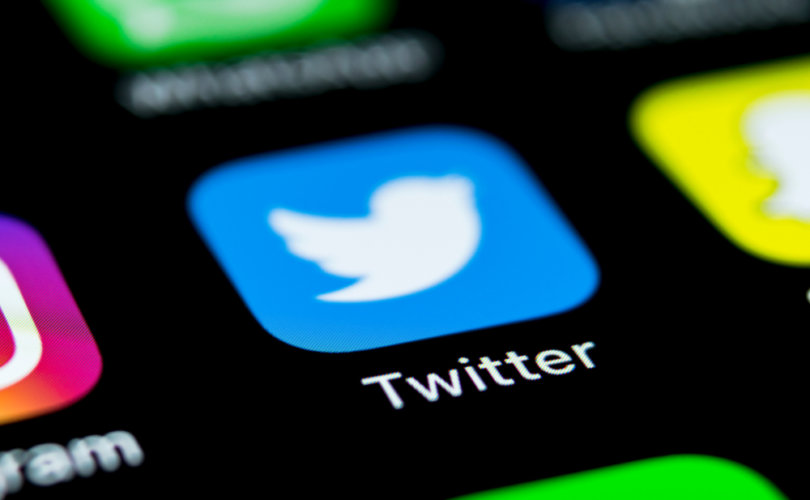 January 24, 2019 (NewsBusters) – Twitter has refused to delete many calls for violence by verified Twitter celebrities against conservative Catholic students or suspend the offenders from the platform.

A fake news story falsely accused Covington Catholic High School students of harassing a Native American activist outraged the internet this past weekend. The story has since been corrected by some outlets, but the damage has been done. Twitter has still not taken down many of these threats or calls for violence.

Twitchy reported the most violent example. It featured Hollywood producer Jack Morrissey, who worked on Disney's Beauty and the Beast, tweeting that the Covington kids should be thrown screaming into a wood chipper. He included imagery of a wood chipper spraying blood. He has since locked his account's viewability as “protected” after public backlash.

Muslim activist and former CNN host Reza Aslan tweeted that one of the Covington students, Nicholas Sandmann, had a “punchable face.” Aslan was the same pundit who claimed to have cried at Gillette's commercial against “toxic masculinity.”

Comedian Ben Isaac Hoffman performs as Wheeler Walker Jr., and tweeted disturbing comments from that account. “I know I have fans in Paris Hills, Ky. If you know this little s‑‑‑‑, punch him in the nuts and send me the video of it and I'll send you all my albums on vinyl, autographed.”

The tweet has since been deleted, but it is unknown whether this was done by Twitter or by Hoffman/Walker himself. The record label that represents him has not yet responded with a statement.

StreetCorner Music owner and founder Uncle Shoes tweeted multiple offensive comments. “IF WE COULD WIPE THESE FAMILIES OUT WE WOULD BE IN A MUCH BETTER PLACE. F‑‑‑ THIS S‑‑‑” as well as “LOCK THE KIDS IN THE SCHOOL AND BURN THAT B‑‑‑‑ TO THE GROUND.” His more recent deleted tweet: “If you are a true fan of Shoes I want you to fire on any of these red hat b‑‑‑‑‑‑ when you see them. On sight.”

These attacks all came this past weekend after an edited video emerged that appeared to show conservative teenagers in MAGA hats surrounding a Native American protester. The internet quickly condemned them ranging from traditional liberal media to verified Twitter users calling for what many have termed a witch hunt.

More video soon emerged that defended the student version of the event.

Many liberals, such as David Brooks of The New York Times began to retract their comments. “I had one impression of the maga kids from Kentucky. Now after seeing more videos I have a different more complicated impression. Makes all the hot takes seem silly,” he wrote. But celebrities had already whipped up Twitter mobs against these teenagers.

Twitter has not responded to MRC's request for comment on why it hasn't removed these clear calls for violence or removed these verified users.