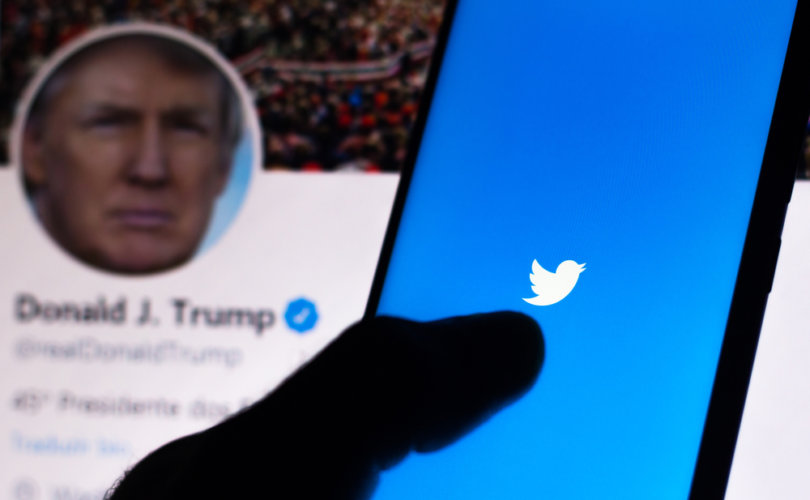 Twitter initially prevented users from engaging with a video posted by Trump, in which the president encouraged peace and told supporters to “go home,” claiming that it posed “a risk of violence.”

A tweet posted this evening by Twitter Safety stated, “The account of @realDonaldTrump will be locked for 12 hours following the removal of these Tweets. If the Tweets are not removed, the account will remain locked.”

This means that the account of @realDonaldTrump will be locked for 12 hours following the removal of these Tweets. If the Tweets are not removed, the account will remain locked.

“We’ll continue to evaluate the situation in real time, including examining activity on the ground and statements made off Twitter,” they continued.

The blacklisting of President Trump follows pressure from liberal, anti-Trump investors and users. It also comes two weeks after new legal challenges were brought against the company due to its role in censoring the New York Post’s Hunter Biden laptop story that would have seriously damaged Joe Biden's electoral chances.

An analysis has shown that the Big Tech giant censored Trump 65 times during his re-election campaign while leaving Biden communications completely untouched.