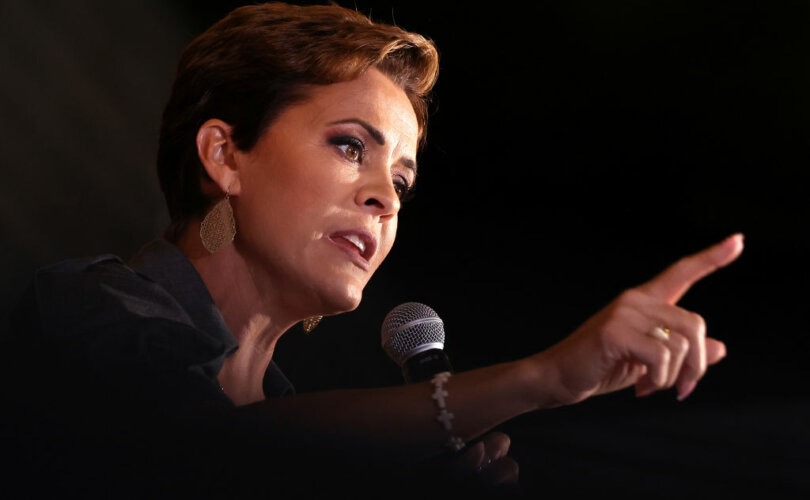 (LifeSiteNews) — Election boards in two Republican-led Arizona counties are delaying certification of the state’s election results following a slew of voting machine breakdowns and ballot-counting delays stretching nearly a week past Election Day. The delays follow an order from the Arizona Republican Attorney General’s office requesting that officials in Maricopa County submit a report regarding how it handled the election.

The moves come after Trump-backed Republican gubernatorial candidate Kari Lake signaled last week she would challenge the results of the Arizona governor’s election after Democratic challenger and Arizona Secretary of State Katie Hobbs was declared the winner.

Two Arizona counties have voted to delay the certification of their ballots: https://t.co/4KCZJjqFOJ

Election board members in southeastern Arizona’s Cochise County agreed Monday to delay certification of the election results, the Associated Press reported. The board made the decision after hearing arguments that the county’s voting machines had not been appropriately certified.

While the state’s election director has argued the machines were “properly certified under both federal and state laws and requirements,” the Cochise election board’s Republican leaders agreed to delay certification of the final vote until the November 28 deadline.

Cochise County wasn’t alone in choosing to stall certification of its election results in the battleground state.

The election board in northwestern Mohave County has also opted to wait to certify the final election results until the November 28 cutoff, reportedly “as a protest against voting issues in Maricopa County,” according to the AP.

Maricopa County has drawn criticism from conservatives – particularly Kari Lake’s campaign – for its extensive Election Day snafus, including voting machine malfunctions affecting between 20 and 48% of the county’s election locations. The beleaguered county had previously been the focus of election fraud allegations in the hotly contested 2020 presidential election, ultimately spurring a forensic audit.

On Saturday, Arizona Republican Attorney General Mark Brnovich’s office ordered officials in Maricopa County to submit a report regarding how it handled the election.

In the letter, addressed to Civil Division Chief Thomas Liddy with Maricopa County Attorney’s Office, the office of the attorney general said it “has received hundreds of complaints since Election Day pertaining to issues related to the administration of the 2022 General Election in Maricopa County.”

“These complaints go beyond pure speculation, but include first-hand witness accounts that raise concerns regarding Maricopa’s lawful compliance with Arizona election law,” the letter read.

“Arizonans deserve a full report and accounting of the myriad problems that occurred in relation to Maricopa County’s administration of the 2022 General Election,” the letter continued, putting Maricopa County on notice to respond to its requests” on or before November 28,” when the county is required to submit “its official canvass to the Secretary of State.”

Prior to the attorney general’s letter, Lake’s campaign team began releasing a barrage of first-hand accounts from Arizonans who expressed concerns about election integrity and potential disenfranchisement of voters in the 2022 election.

In a Thursday video shared to social media, Lake assured her backers she is “still in this fight” and argued that “this past week has confirmed everything” she had been saying since the 2020 presidential election regarding “our broken election system here in Arizona.”

The Republican candidate and former news anchor mentioned that last year she had called on her opponent Katie Hobbs, who oversaw the election results in her role as Arizona’s secretary of state, to recuse herself from the function during the gubernatorial election.

Lake said that while critics “ridiculed” her team for calling on Hobbs to recuse herself, “it turns out we were right.”

Contending that “malfunctioning tabulating machines forced voters to wait in line for hours to exercise their sacred right to vote,” the popular Republican candidate argued that Arizona’s “election officials failed us miserably.”

“I’m doing everything in my power to right these wrongs,” Lake said, explaining she has put together a legal team which is “exploring every avenue to correct the many wrongs that have been done this past week.”

“My resolve to fight for you is higher than ever,” she said.