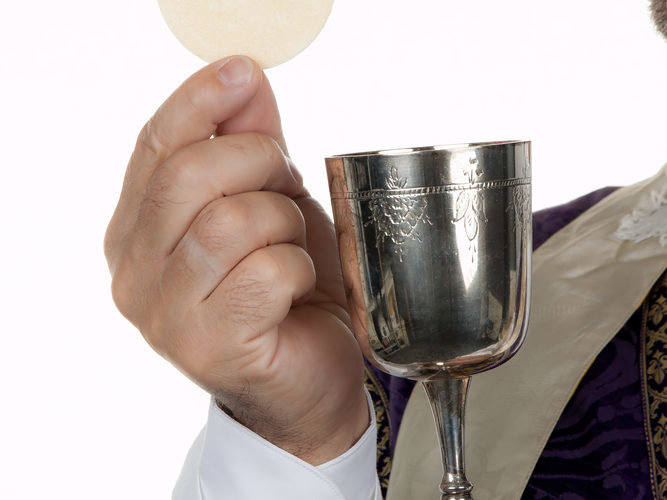 Two more cardinals and an archbishop have offered their agreement with the German Cardinal Walter Kasper that the Church should offer Holy Communion to Catholics in “irregular” marital situations.

U.S. Vaticanist John Allen, writing on Crux, quoted Cardinal Francesco Coccopalmerio, the president of the Vatican’s Pontifical Council for Legislative Texts, the office that interprets Church law, saying that in cases of “urgency and necessity” Catholics who have divorced and civilly remarried, should be readmitted to Communion.

Coccopalmerio gave the “hard case” example of a woman civilly married to a man who had been abandoned by his wife and who cares for three children. “She cannot abandon that union or those children,” he said. “In these cases, we have to do something.”

The cardinal suggested that cases could be examined individually “by a bishop or group of bishops.” He cited the Gospel story in which Christ asked, “Whose son or ox falls into a well, will not immediately pull him out on the Sabbath day?”

“You can respond two ways,” Coccopalmerio told John Allen. “You could do nothing in order to respect the law, or you could act because it’s a case of necessity and urgency.”

“Does acting risk breaking the law of the Sabbath? Absolutely not, that law remains, but there are cases that force me to act,” he said.

Pat Buckley, who is in Rome for the Synod representing Voice of the Family, responded to Cardinal Coccopalmerio saying that the suggestion disregards basic understanding of Catholic theology as it is presented in the scriptures.

These, he said, “tell us that from the beginning God made them male and female, and that whatever God joins together must not be separated. Irrespective of whether someone is abandoned or not, the marriage is still in existence, and is indissoluble.”

Buckley said the particular situation cited “certainly presents a difficult situation but nevertheless the sacramentality of their marriage is intact.”

“We’re also told in scripture that someone who is living with a person not their spouse is committing adultery – which of course is a grave sin, and persons in this state should not present themselves to receive the Eucharist.”

With Cardinal Coccopalmerio, John Allen related that the former Cardinal archbishop of Milan, Dionigi Tettamanzi, also indicated his openness to allowing the change in practice as long as “confusion is avoided about the indissolubility of marriage.”

John Allen listed the cardinal’s conditions, including that the couple is “involved in Christian formation for adults.” Allen notes that while the two statements could indicate support for a change in the practice of the Church, “strong opposition” still exists among the Synod bishops.

Earlier this week, Archbishop Salvatore Fisichella, president of the Pontifical Council for Promoting the New Evangelization, told the Italian daily paper La Stampa, “I have an idea on how to break the deadlock.”

Asked bluntly whether he would favor allowing divorced and civilly remarried Catholics to receive Communion, Fisichella advocated a “return to the primacy of conscience.”

He said, “I don’t want to start judging and theorizing based on specific cases. But who in today’s world can say they have not had cases of members of their own families living together or divorcing?”

“Unfortunately, we are immersed in a reality in which the beauty of marriage has been wounded. There has been too much emphasis on the canonist, or legal, dimension of marriage, which has led us often into the waters of legalism,” he said. “Recuperating the sacramental dimension would make it easier to find different solutions, in continuity with original doctrine. Here we return to the primacy of conscience. Nothing and no one can intervene in this.”

“Of course, it must be a conscience that is illuminated by the Word of God, that is reflected upon and that accepts the obedience of a path,” Archbishop Fisichella said.

Matthew McCusker, a spokesman in Rome for Voice of the Family, said that Fisichella is not sufficiently distinguishing between “a well-formed and an ill-formed conscience.”

“The Church would not be acting mercifully or pastorally if she changed her teaching or practice to accommodate ill-formed consciences,” McCusker said. “Her pastors would in fact be neglecting their clear duty to assist Catholics to form their consciences in accordance with the truth.”

Cardinal Kasper says Church will soon give Communion to divorced, remarried Catholics
Voice of the Family: Clarity must prevail over confusion at Catholic Synod