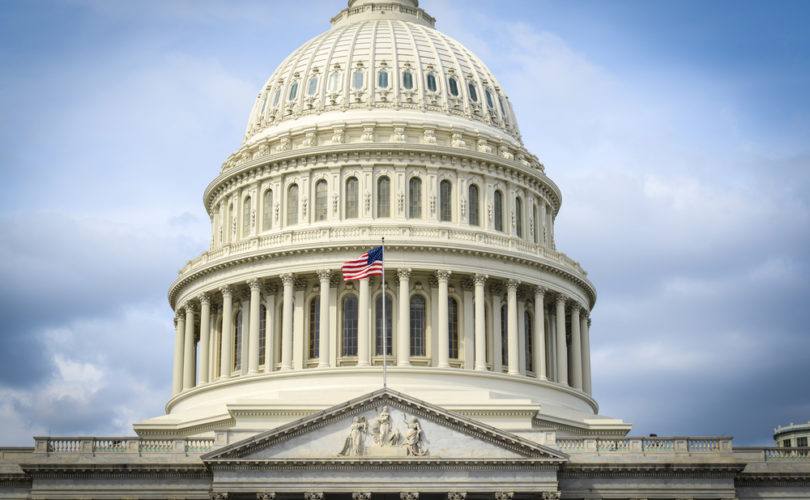 WASHINGTON, D.C., April 17, 2015 (LifeSiteNews.com) – A bill to end abortion in the United States after 20 weeks will move forward, and it will have the strong support of two leading pro-life Congressmen, the two Republicans told LifeSiteNews at the eighth annual Susan B. Anthony List Campaign for Life Summit on Thursday.

“Very good language” is being put together, Smith told The Register. He told LifeSiteNews that he fully anticipated being able to support the final bill, because the House Republican caucus “wouldn't have something that would be unsupportable. Our leadership is genuinely pro-life.”

In 2013, the “Pain Capable Unborn Child Protection Act” easily passed through the House of Representatives, only to be stalled by a Democratic-controlled Senate. This year, an identical bill was halted by Rep. Renee Ellmers, R-NC, and other Republicans — surprising and angering pro-life leaders who thought its passage was assured. That bill, H.R. 36, is now being rewritten so it can be voted on by the full House, though its final wording remains uncertain.

Some fear that the House leadership will modify the bill to mollify Ellmers. She and others objected that the bill allows women to abort a child after 20 weeks in the case of rape – but only if they report that rape to the authorities.

Pro-life activists say removing the reporting requirement would take abortionists at their word that the women whose children they abort claimed to be raped. Congresswoman Ellmers has publicly stated the House leadership is considering such a proposal.

Jill Stanek, who was recently arrested on Capitol Hill as part of a protest to encourage Republicans to pass H.R. 36, said that would be “a loophole big enough for a Mack truck.”

Congressman Smith said the bill will come to the floor shortly. “The commitment to this bill is ironclad; we just have to work out some details,” Smith said.

He also noted that, while a vote on the 20-week ban has been delayed for nearly three months, “we did get the No Taxpayer Funding for Abortion Act passed, and that would have been in the queue now, so we just reversed” the order of the two bills.

Congressman Smith spoke to both outlets shortly after participating in a panel at the Summit.

Another speaker was Rep. Steve King, R-IA, who also supports the 20-week ban.

“I can't think of what” language that is actively under consideration could make him rethink his support for the bill, King said. He also told attendees that the nation was moving in a direction of supporting life.

The outspoken Congressman declined to answer further, noting “that's asking me to anticipate an unknown hypothetical.”

House GOP promises to reintroduce 20-week abortion ban – but will it be too watered down?