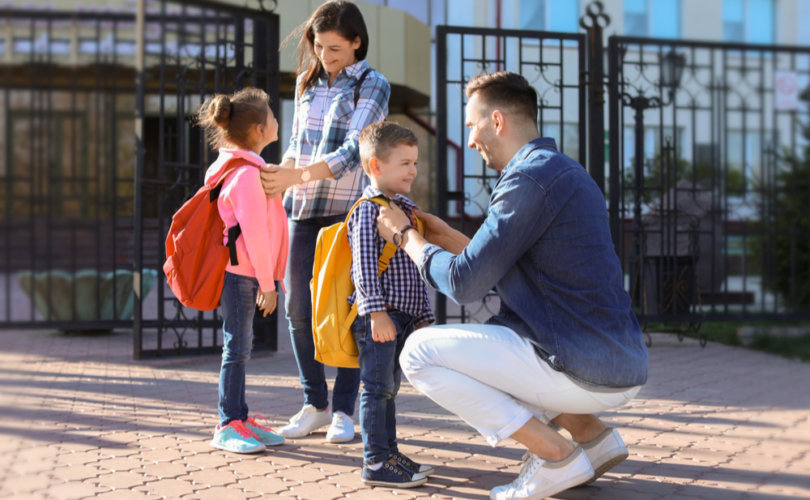 (LifeSiteNews) — School boards associations in Missouri and Ohio have voted to terminate their membership in the National School Boards Association (NSBA) after the group penned a letter to the White House begging the FBI to investigate parents concerned about radical ideology in the classroom for “domestic terrorism.”

The Missouri and Ohio school boards’ departure from the NSBA follows Pennsylvania’s exit earlier this month over the national group’s controversial Sept. 29 letter to the White House which argued that “America’s public schools and its education leaders are under an immediate threat,” leading the NSBA to “respectfully [ask] for federal law enforcement and other assistance to deal with the growing number of threats of violence and acts of intimidation occurring across the nation.”

“As these acts of malice, violence, and threats against public school officials have increased, the classification of these heinous actions could be the equivalent to a form of domestic terrorism and hate crimes,” the NSBA stated, asking the Biden administration to “examine appropriate enforceable actions” including invoking the Patriot Act.

In a Monday letter addressed to NSBA Interim Executive Director and CEO Chip Slaven and President Viola Garcia, the Ohio School Boards Association (OSBA) announced it “will not continue its membership in the [NSBA],” and stated that its “decision to terminate membership and affiliation with the NSBA … is a direct result of the letter sent by you to President Joe Biden late last month.”

“OSBA’s decision to terminate membership and affiliation with the NSBA is a direct result of the letter sent by you to President Joe Biden late last month.” pic.twitter.com/VT4vHPq69l

The OSBA explained that it was not notified by the national organization of the group’s intention to send the letter, adding that “[i]f we had been consulted, we would have strongly disagreed with NSBA’s decision to request federal intervention as well as your claims of domestic terrorism and hate crimes.”

“OSBA believes strongly in the value of parental and community discussion at school board meetings, and we reject the labeling of parents as domestic terrorists. There is tremendous value in allowing and encouraging the public to have meaningful input into the decision-making process,” the board wrote.

Noting that parental participation in school board discussions “should not come at the expense of interfering with the board’s ability to conduct its business or subjecting individual board members to threats of violence, abuse, or harassment,” the OSBA argued that “dealing with such interference should be dealt with at the local level, not by federal officials.”

Likewise, the Missouri School Boards Association (MSBA) also severed its connection with the NSBA, announcing in a letter to its members that the MSBA board of directors made the decision to withdraw from the NSBA “effective immediately” in response to the NSBA’s “inflammatory” letter asking for federal law enforcement intervention.

“The National School Boards Association, through its recent actions, such as its letter to the White House, has demonstrated it does not currently align with MSBA’s guiding principles of local governance.” pic.twitter.com/U19n4K5Pky

“The National School Boards Association, through its recent actions, such as its letter to the White House, has demonstrated it does not currently align with MSBA’s guiding principles of local governance,” the Missouri group said.

Noting that “no school board member or educator should ever have to endure threats of violence or acts of intimidation against themselves or their families,” the MSBA argued that “attempting to address that issue with federal intervention should not be the first step in most cases, and is antithetical to our longstanding tradition of local control.”

“Further, the use of inflammatory terms in the NSBA letter is not a model for promoting greater civility and respect for the democratic process,” the board stated.

The three statewide school boards associations which have cut off their relationship with the NSBA are not alone.

School boards associations in nearly half of U.S. states have at least distanced themselves from the NSBA in some way in response to its controversial letter.

The NBSA is now backing away from its own letter, saying the document was poorly worded and that it is launching an internal review into the matter.

In a message sent to its member organizations, the NSBA stated “there was no justification for some of the language” used in the document, and said that “we regret and apologize for the letter.”

“[W]e deeply value not only the work of local school boards that make important contributions within our communities, but also the voices of parents, who should and must continue to be heard when it comes to decisions about their children’s education, health, and safety,” the NSBA added.

News of school boards rejecting the NSBA’s calls for FBI intervention comes as Attorney General Merrick Garland admitted to Republican Rep. Jim Jordan of Ohio that he mobilized the federal law enforcement power of the Department of Justice to launch an investigation into parents based upon having “read the letter” from the NSBA and reports “in the newspapers.”

During a House Judiciary hearing Thursday, Jordan asked Garland if there was “some study, some effort, some investigation someone did, that said there’s been a disturbing uptick [of threats of violence], or you just take the words of the National School Board Association?”

“Well, the National School Board Association, which represents thousands of school boards and school board members, says that there are these kinds of threats,” Garland answered, adding, “when we read in the newspapers reports of threats of violence—”

“The source for this,” Jordan interrupted again, before his time expired, “was the National School Boards Association letter.”

AG Garland’s apparent admission that he moved at the behest of the NSBA to investigate parents, and the NSBA’s later revocation of its letter following nationwide controversy, has led GOP politicians to demand Garland call off his federal investigation and resign.

“The entire basis for Biden’s DOJ to treat parents as ‘domestic terrorists’ has been dismantled after the NSBA said they ‘regret and apologize’ for the letter,” said Rep. Kevin McCarthy of California. “DOJ should retract the memo & the Biden Admin owes parents an apology and a commitment to end this baseless targeting.”

The entire basis for Biden’s DOJ to treat parents as “domestic terrorists” has been dismantled after the NSBA said they “regret and apologize” for the letter.

DOJ should retract the memo & the Biden Admin owes parents an apology and a commitment to end this baseless targeting.

“Merrick Garland mobilized the FBI to intimidate parents without legal basis and, we now know, premised on misinformation he didn’t bother to verify,” wrote Republican Sen. Josh Hawley of Missouri. “It was a dangerous abuse of authority that has badly compromised the Justice Dept’s integrity and Garland’s. He should resign.”