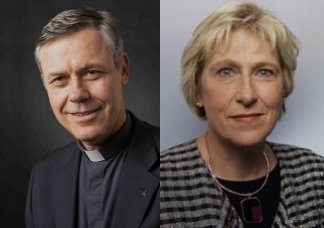 (LifeSiteNews) — In an article published February 17 in the Daily Compass, Jean-Marie Le Méné, president of the Lejeune Foundation and a member of the Pontifical Academy for Life, sharply criticized two fellow members of the academy for their public support of a referendum on the legalization of assisted suicide.

The referendum on euthanasia had come under debate and was finally rejected in Italy’s constitutional court last week. “It is a serious matter,” Le Méné said, “when two members of the Pontifical Academy for Life, speaking about Italy, side in favor of legalization for assisted suicide. Being contrary to the doctrine of the Church, it is not and cannot ever be the Academy’s position.”

Le Méné was referring to a January 13 article published in La Civiltà Cattolica, a Jesuit journal reviewed by the Vatican, penned by Jesuit Fr. Carlo Casalone, professor of moral theology at the Pontifical Gregorian University, and to comments made January 31 in the French newspaper Le Monde, written by Marie-Jo Thiel, professor of ethics at the University of Strasbourg.

According to Le Méné, Casalone and Thiel acknowledge “that their respective positions are in conflict with the doctrine of the Church.” Le Méné rebuked them for attempting “to use their positions to officially commit the Pontifical Academy for Life” to what would amount to “a complete reversal of the universal Church’s position on assisted suicide.”

Recalling the academy’s foundation, Le Méné strongly affirmed its need to adhere faithfully to Church teaching on matters of life. “Expressly desired by His Holiness Pope John Paul II,” Le Méné said, “and founded by Professor Jérôme Lejeune, who was its first president, the Academy cannot by definition support positions contrary to the Magisterium of the Church, in an area where, moreover, it does no less than to transmit a millenary wisdom. It is a fact that the respect for human life taken up also by the Church is a golden rule that existed long before Christian revelation.”

Responding to Casalone’s claim that “through assisted suicide the way to avoid the legalization of euthanasia is found,” Le Méné rejected this reasoning as “a pretext to give a personal interpretation of what the Church teaches about ‘imperfect laws’” in Evangelium Vitae 73.

Le Méné explained that the encyclical “specifies that it is legitimate to vote on a more restrictive law to change a more permissive law, but only if the latter is already in force. In this case there would be no collaboration with an unjust law but, on the contrary, a limitation of its effects.” However, Le Méné argued, “in the case of assisted suicide, this reasoning does not work, as it would be a matter of deliberately enacting an evil law to avoid another future one, which would be more evil.”

“Assisted suicide,” he concluded, “is already a form of euthanasia.”

Cardinal Willem Eijk, another member of the academy and a medical doctor, also strongly rejected Father Casalone’s argument in an article for the National Catholic Register, pointing out that “voting for a law by which medically assisted suicide is allowed by no means implies a restriction to legalizing euthanasia.”

Jacopo Coghe, vice president of Italian pro-life advocacy Pro Vita & Famiglia Onlus, also told the Register that “it is not moral to favor laws on euthanasia or assisted suicide. Period.”

Le Méné likewise rebuked Thiel, who expressly mentions her membership in the academy, for stigmatizing those whom she calls “the partisans of the absolute sanctity of life who never miss an opportunity to criticize and condemn.” In answer to the public disdain for the “absolute sanctity of life,” Le Méné shot back, “It would have been more respectful, however, not to have undermined the Pontifical Academy for Life. Its members, who according to the statute are defenders of life, do not want anyone to think that the Church is laying the first stone of euthanasia in Italy.”

According to the statutes of the academy, article 5 §5(b), members must “commit to promoting and defending the principles related to the value of life and the dignity of the human person, interpreted in a way that conforms with the magisterium of the Church.”

In an official press release on February 1, the Pontifical Academy for Life stated that it “warmly welcomes the decision of the Italian Constitutional Court not to allow the referendum to repeal Article 579 of the Penal Code, which prohibits the murder of the consenting person.” The academy declared that it “reiterates the teaching of the Catholic Church, reaffirms the value and respect for every human life, is opposed to suicide, therefore also to assisted suicide, as recalled several times by the Pope.”