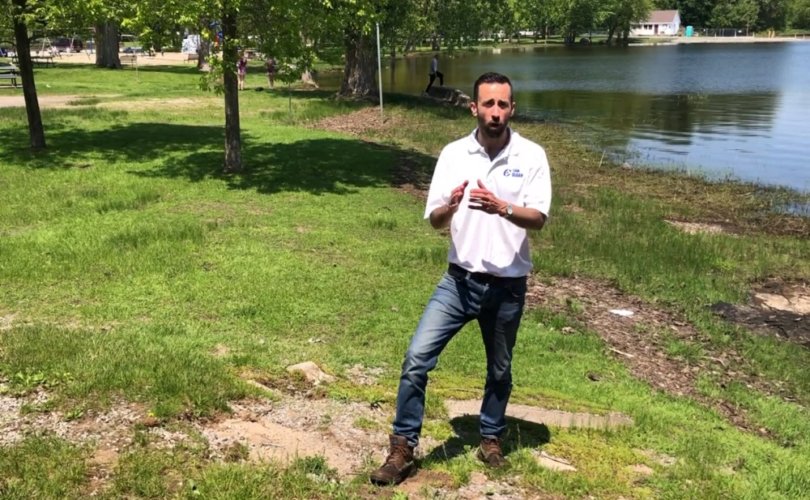 TORONTO, March 20, 2020 (LifeSiteNews) — Two pro-candidates for Canada’s Conservative Party leadership have cleared the final hurdle and are officially on the ballot.

Ontario M.P. Derek Sloan and Toronto lawyer Leslyn Lewis have both succeeded in raising $300,000 and gathering 3,000 signatures to be verified by the party, and both are supported by Campaign Life Coalition, Canada’s national pro-life, pro-family political lobbying group.

But in an email thanking his supporters, Sloan also blasted the Leadership Election Organizing Committee (LEOC) for not postponing the race in the face of the coronavirus pandemic and attendant massive societal upheaval, which Prime Minister Justin Trudeau warned Thursday could extend over months.

“How can leadership candidates talk about a broad range of issues when there is really only one issue (COVID-19) that‘s on anyone’s mind?” wrote the rookie M.P. and father of three.

“Fortunately, there is an easy answer. All LEOC has to do is to delay everything by 3 to 5 months. Instead of balloting in June, let’s do it in November,” he said.

The party should also move the deadline for buying Conservative memberships in order to vote for a leader from April 17 to October, said Sloan.

“It seems that the only people in the party who think it’s a good idea for this contest to continue as scheduled are the two Red Tory candidates (MacKay and O’Toole) and their supporters on the LEOC,” he wrote.

So far, only four candidates — Sloan, Lewis, former Nova Scotia M.P. Peter MacKay, and current Ontario M.P. Erin O’Toole — have met the stringent criteria to get on to the ballot.

That’s according to a tweet on Friday from broadcaster and journalist Andrew Lawton, referring to the Conservative Party’s Dispute Resolution Appeals Committee Friday:

Conservative Party of Canada confirms Karahalios was disqualified for “statements made by Mr. Karahalios through email, mail, and social media earlier in the month.” Karahalios appealed but was unsuccessful. pic.twitter.com/kDwuQxqcKo

1/7 We did it!  We achieved @CPC_HQ requirements to get on the ballot in the leadership race.

We achieved 3,000 signatures (as verified by Party) over 2 weeks ago, & yesterday we surpassed $300,000 in donations! & without needing a bank loan. #cdnpoli pic.twitter.com/4dE8UdypQo

LifeSiteNews contacted Karaholios for a comment Friday but did not hear back by deadline.

Alberta businessman Rick Peterson also announced Friday he was dropping out and likewise slammed the leadership committee for refusing to move the deadlines.

The two remaining approved candidates, Marilyn Gladu and Rudy Husny, must submit the balance of $300,000 and 3,000 signatures to the party by March 25 to remain in the race.

Campaign Life Coalition is urging pro-life Canadians over 14 years of age to buy Conservative Party memberships before April 17 to be eligible to vote for the party’s next leader.

Correction: This article originally stated that LEOC disqualified Karaholis on March 17, however, according to the DRAC statement, it was the Chief Returning Officer who issued a ruling on March 17. It has not yet been verified as to what that ruling was. LifeSiteNews regrets the error.